We arrived in Melbourne on a Saturday afternoon, after a week in Sydney. We stayed on the water in St. Kilda, continuing our beach theme, ten minutes from downtown. When heading to Melbourne, book in advance, because every weekend is a new event and it sounds like there is always something happening. I found an awesome app that helped me book last-minute hotels for the best price called Hotel Tonight and we booked everything in Melbourne using it. The city is easy to get around, really walkable and it also has a great tram system that’s either free or inexpensive. Denise and I settled into our swanky Cosmopolitan hotel on the beach and then set out to explore. When we arrived it was a warm spring day and we didn’t know about Melbourne weather yet. In the next couple of hours we watched the sunset and then it changed to winter. That’s the weather there. You might get four seasons in one day, and you either love it or hate it. I loved it! At dinner our first night we met a great couple, Anthony and Helen, who were celebrating their 20th wedding anniversary and own a few restaurants in Melbourne. They had us rolling with laughter and gave us some great recommendations for our stay. My favorite was Pellegrinis, an Italian coffee bar open for more than 60 years that serves the most unbelievable pasta. Denise and I wandered in there on a Sunday for dinner. There are no menus and the waiter behind the bar asks what kind of pasta and sauce you want. Then he or she goes back and cooks it. And that’s it. And no matter what, it’s somehow always $45 for two people. The food was so good that it’s one of the few restaurants we’ve gone to twice while traveling around the world. We never made it to Anthony and Helen’s places, but if you go to Melbourne please stop by BurgerLab and tell Anthony hello for me.
After the city it was time to head for the hills. Dan, Denise’s brother-in-law, welcomed us into his family’s home in the mountains known as the Dandenong Ranges. Dan’s mom Susie cooked an amazing dinner upon our arrival. It was a spinach and ricotta dish and it was wonderful. She continued to spoil us with Dan’s help, showing us around and making us breakfasts, smoothies, lunches and more dinners. It only takes about thirty minutes or so to get out of the city and once you do, you can see some incredible wildlife. We saw cockatoos, parrots, rainbow lorikeets, koalas, wallabies and kangaroos. We visited William Rickets sculpture garden, which is beautiful, as well as a park where kangaroos and wallabies hang out at sunset next to picnickers and joggers. It was incredible. We spent an evening in the hot springs with Kimi and Pat, Dan’s sister and her fiancé, our long lost friends who also live near Melbourne. We met them in Vietnam this summer and became friends from the get-go. We had a great evening just relaxing for hours in several pools of water ranging from really hot, perfectly warm, freezing cold and everything in between. There are some fuzzy photos below of a water fight we had in the hammam. These were healing waters and I left feeling healed.
Next up we drove Great Ocean Road, in the south of Australia, which is filled with postcard pictures of the ocean, lush green trees and rolling hills. What could be more perfect. Pat was nice enough to lend us his car, which was brave because it was my first time driving a car on the other side of the road. I’ve always been a fan of getting out of the city and sucking up some fresh air and this was as fresh of air as you can get. We drove for 2 days along the coast, and at night took pictures of the kangaroos hanging out on a golf course near our AirBNB apartment. We even caught a couple of kangaroos crossing the street in the nighttime. They are similar to deer back in the States.
After Great Ocean Road, we went back to St. Kilda for a few more days. We went out in the Fitzroy neighborhood, watched the hourly fire show on the Southbank, and made our second trip to Pellegrini’s. Sunday was our last day in Melbourne and we ended it perfectly. Pat is a bass player for a killer band and they played on the beach at a great bar-restaurant called Republica. Dan and some mates showed up and we had a blast drinking and hanging out all day. Penguins on the pier and a beautiful sunset and double rainbow capped off our day. All in all it was a wonderful trip.

PS:
In Oz, Burger King is called Hungry Jack’s and McDonald’s is often known as Macca’s. Also, Denise takes back everything bad she said about Vegemite. Dan made her toast with a Vegemite-butter combo spread and she loved it. She has a new favorite breakfast.

Where we stayed in Melbourne:

Cosmopolitan Hotel St. Kilda, at St. Kilda Beach (stayed here both times we were in Melbourne)

Where we stayed in Cockatoo, in the Dandenong Ranges (outside of Melbourne):

Where we ate & drank and loved:

Where stayed on drive through Great Ocean Road: 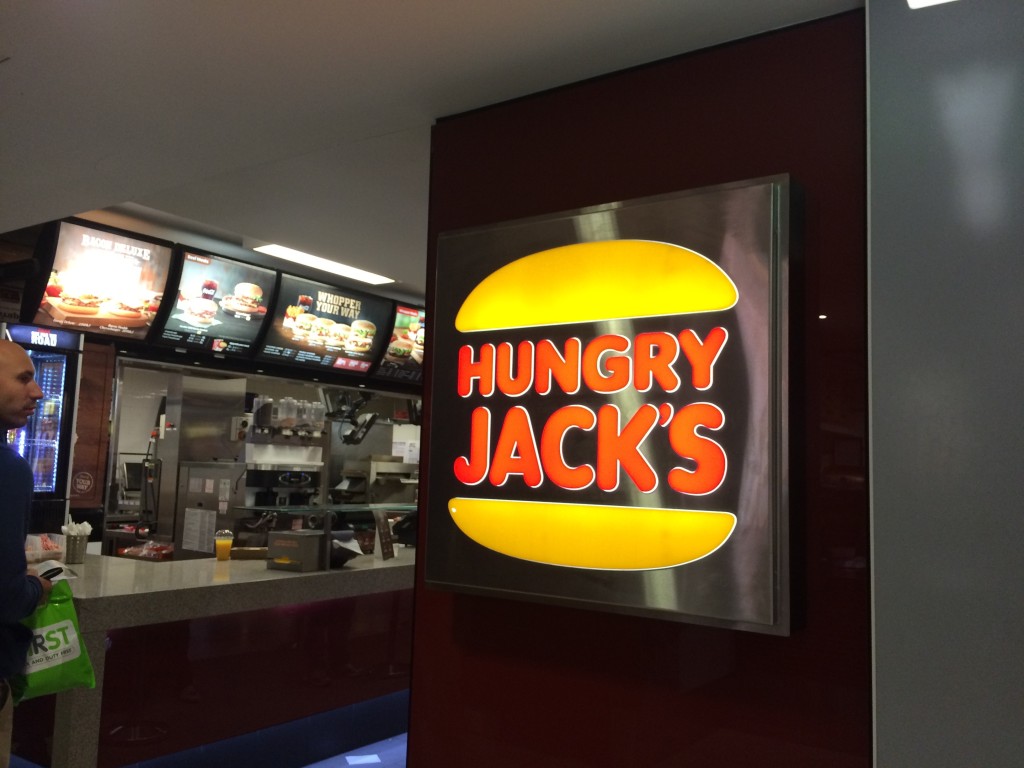 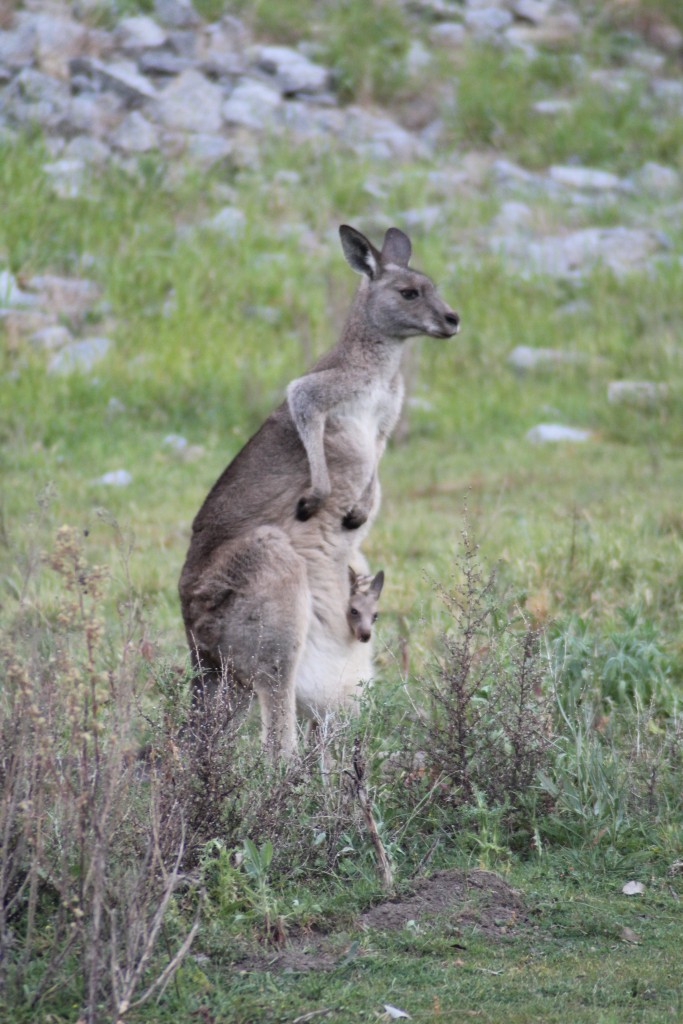 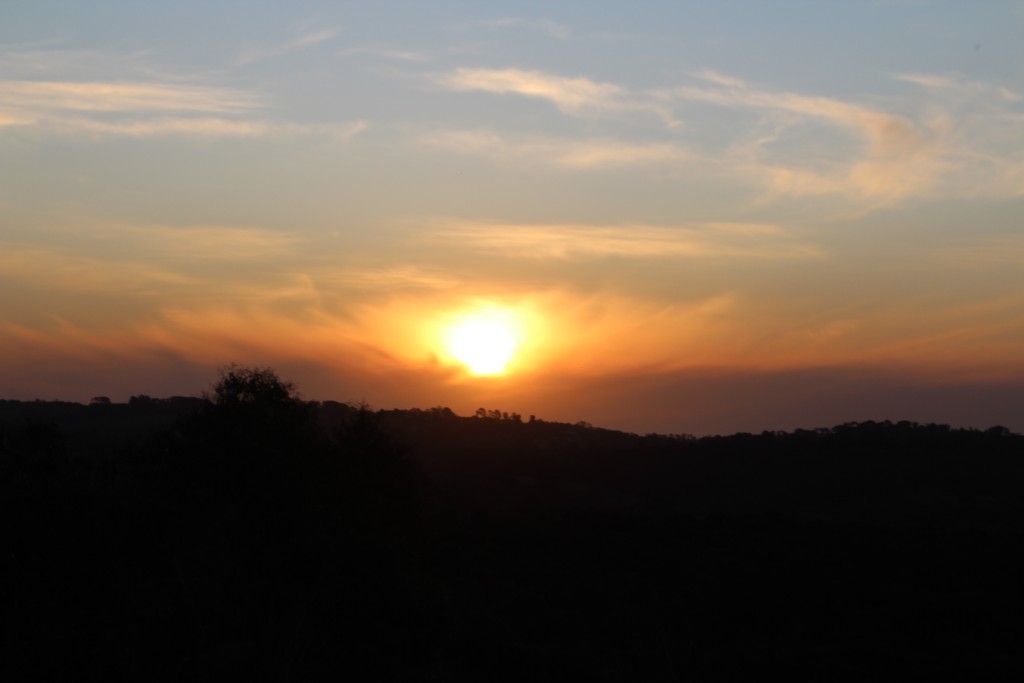 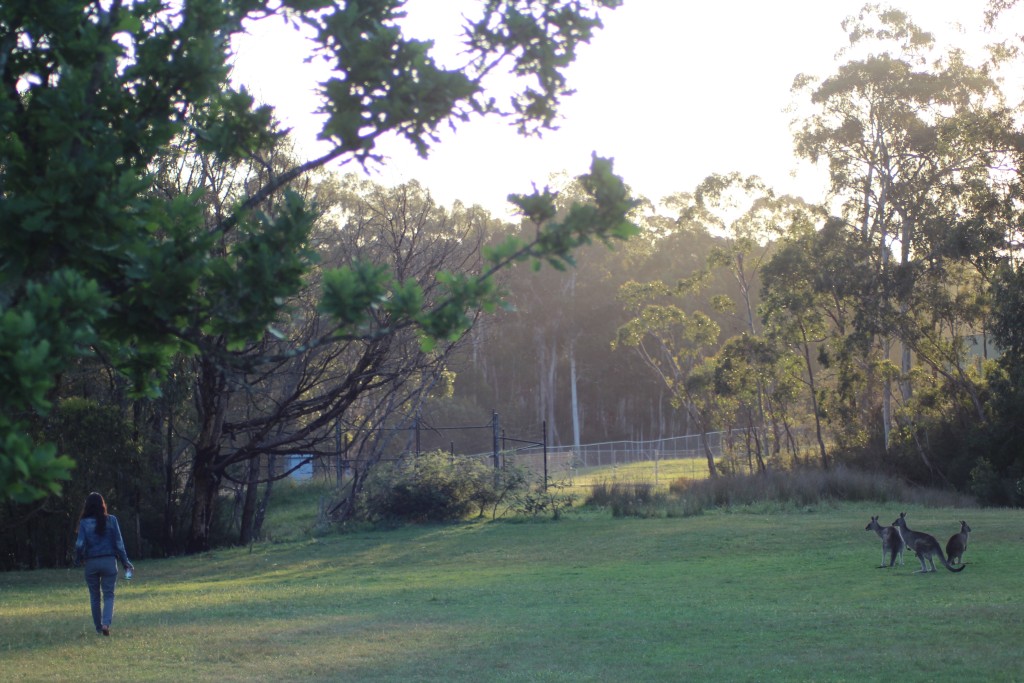 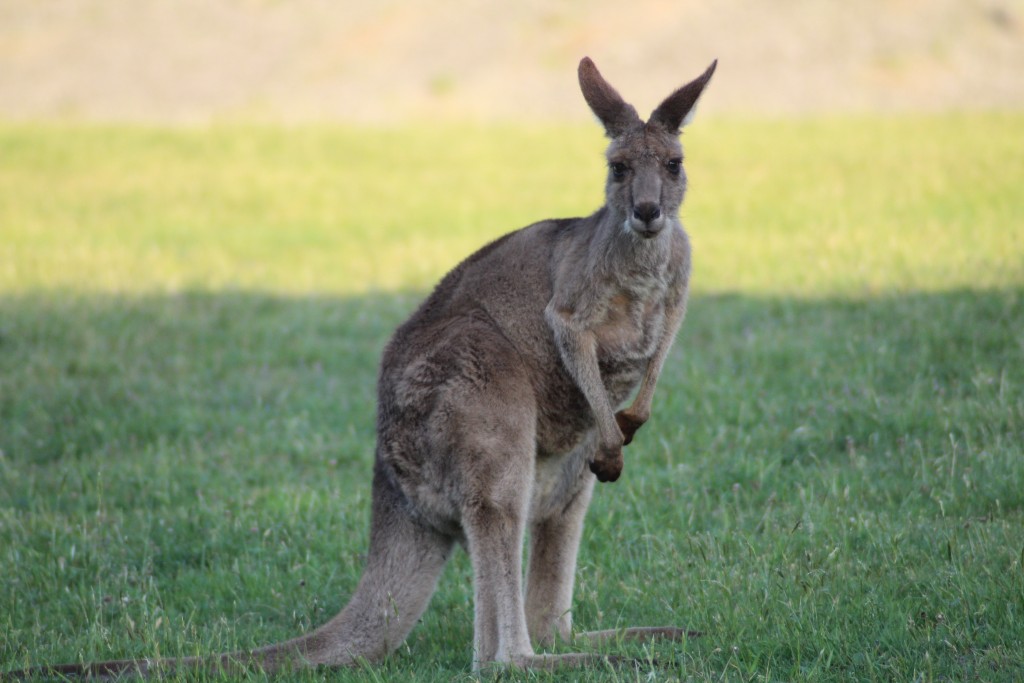 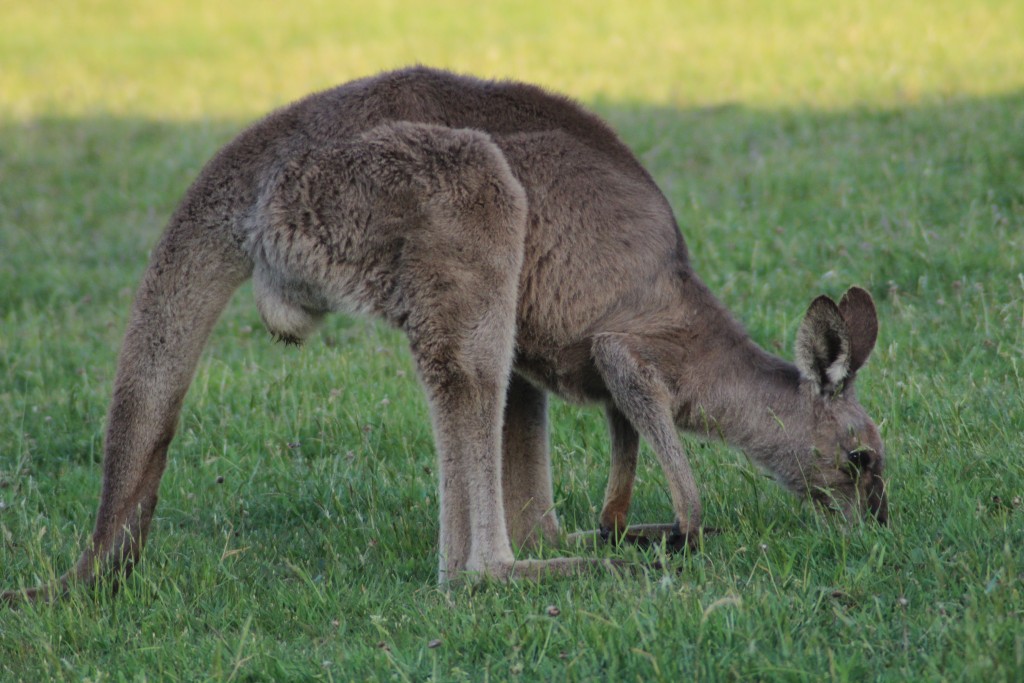 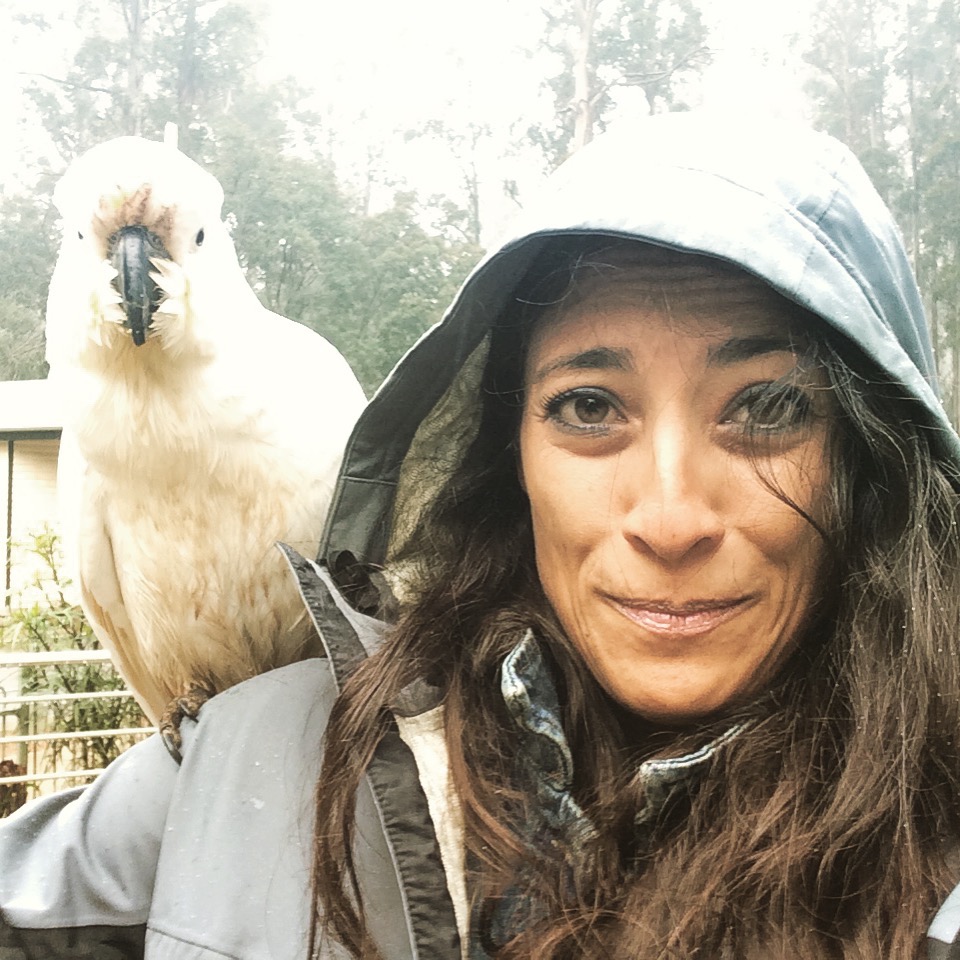 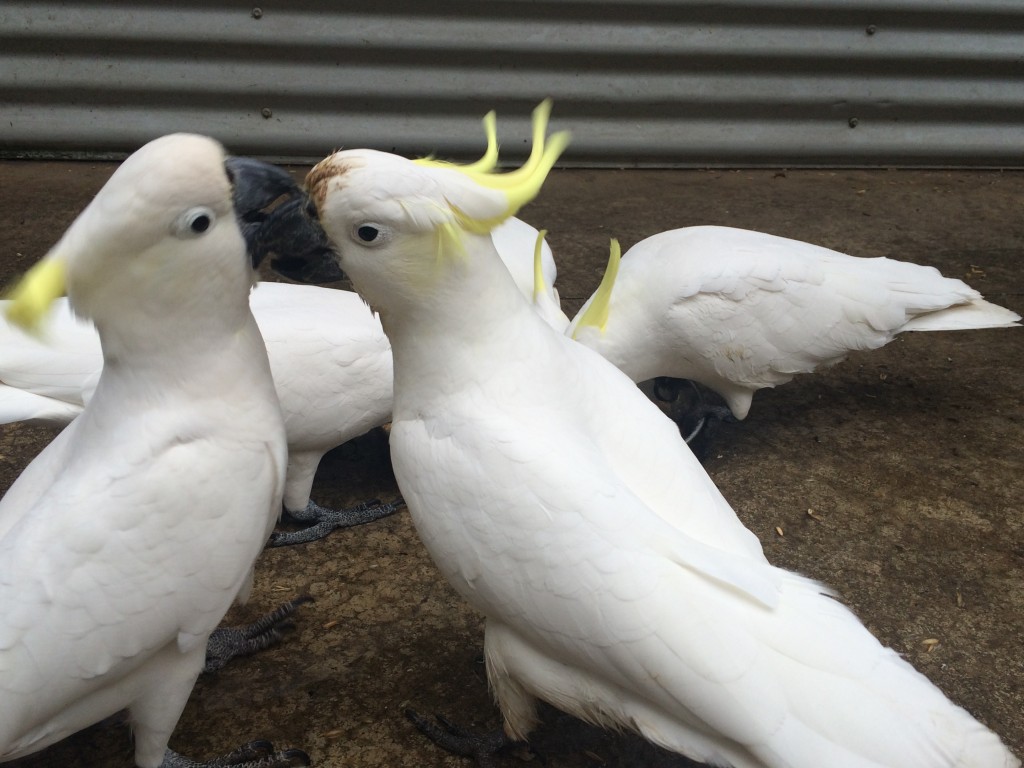 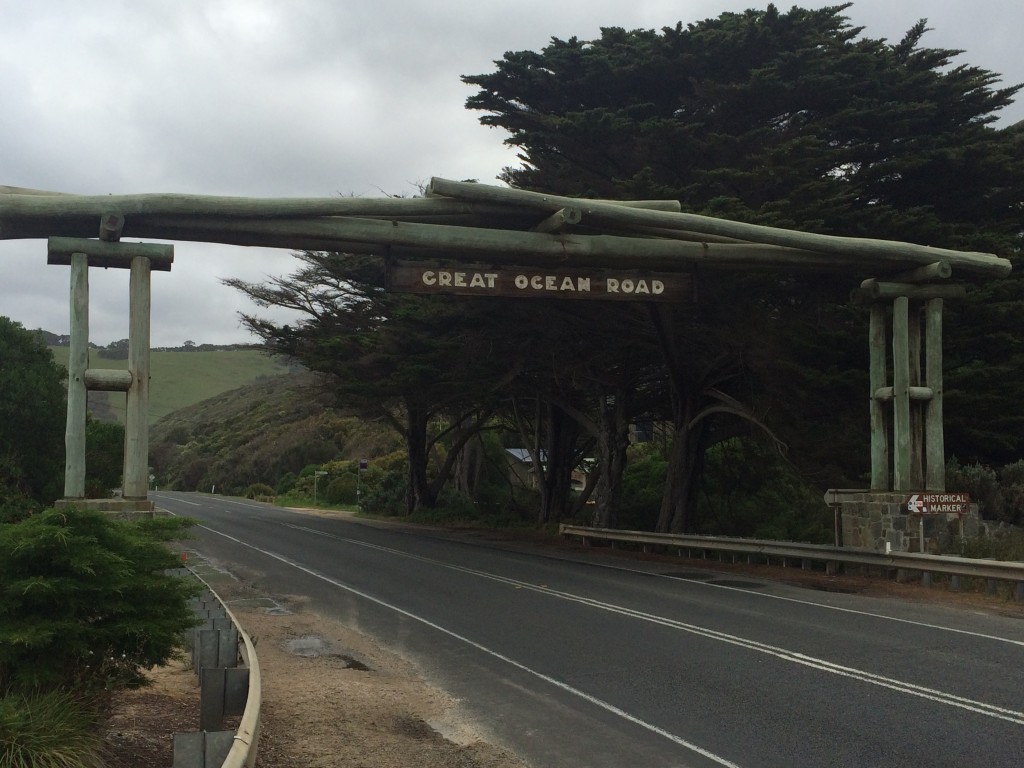 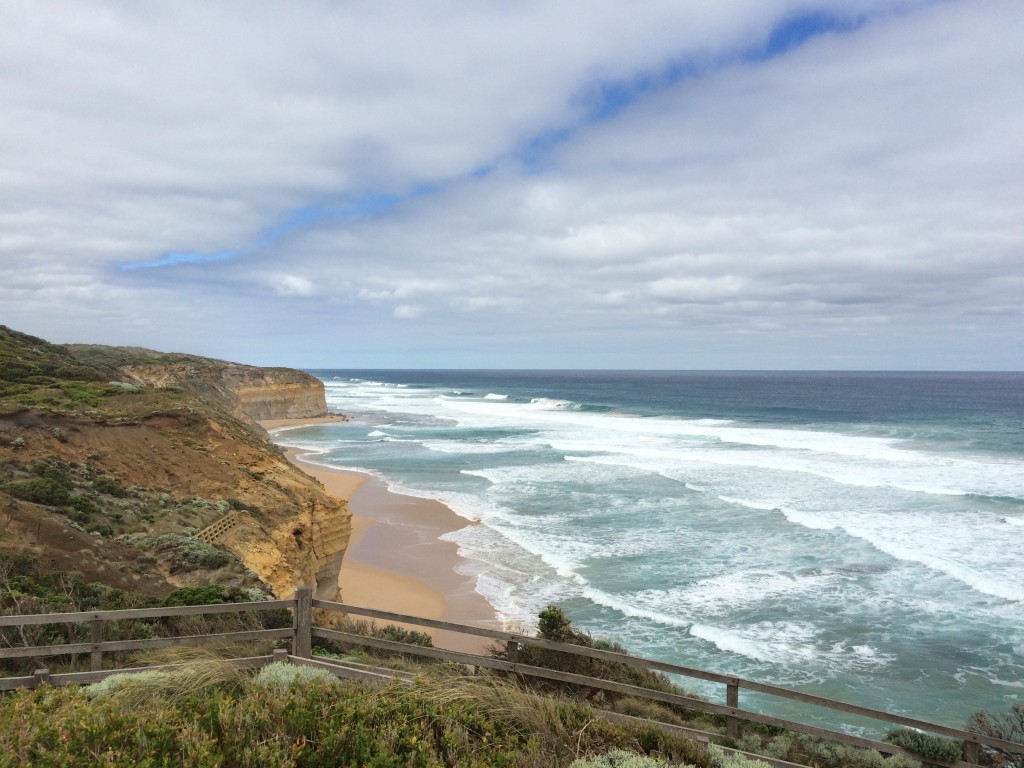 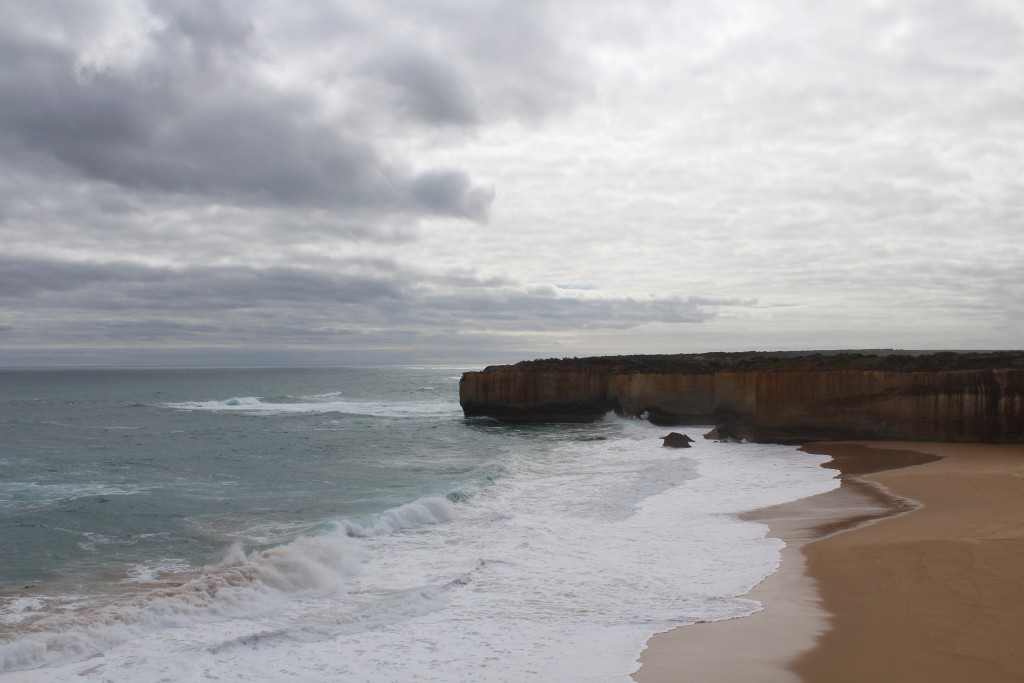 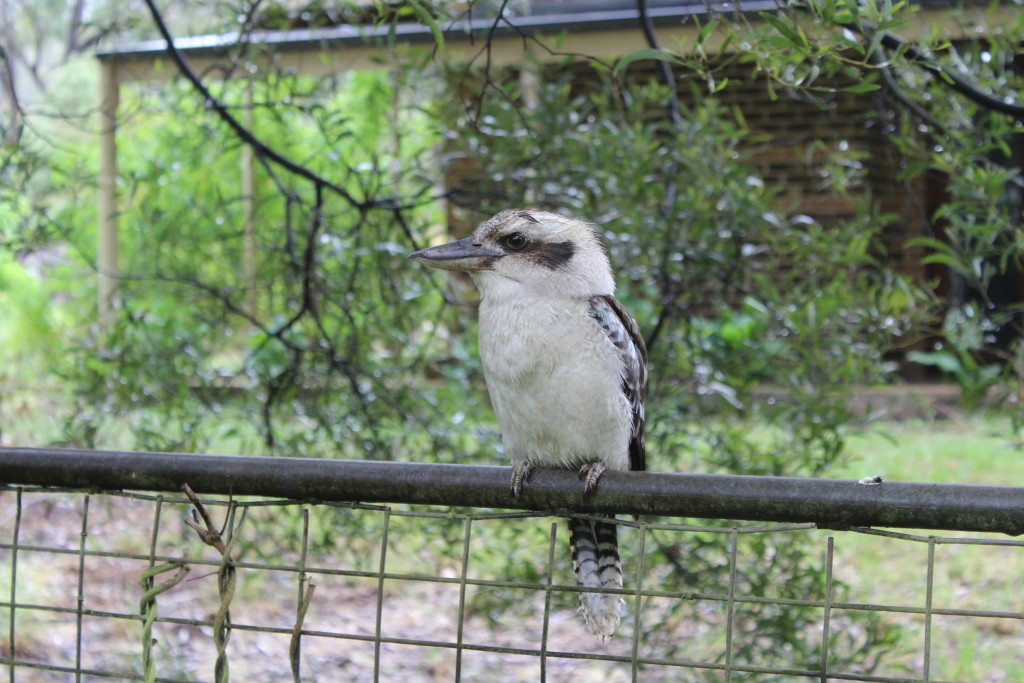 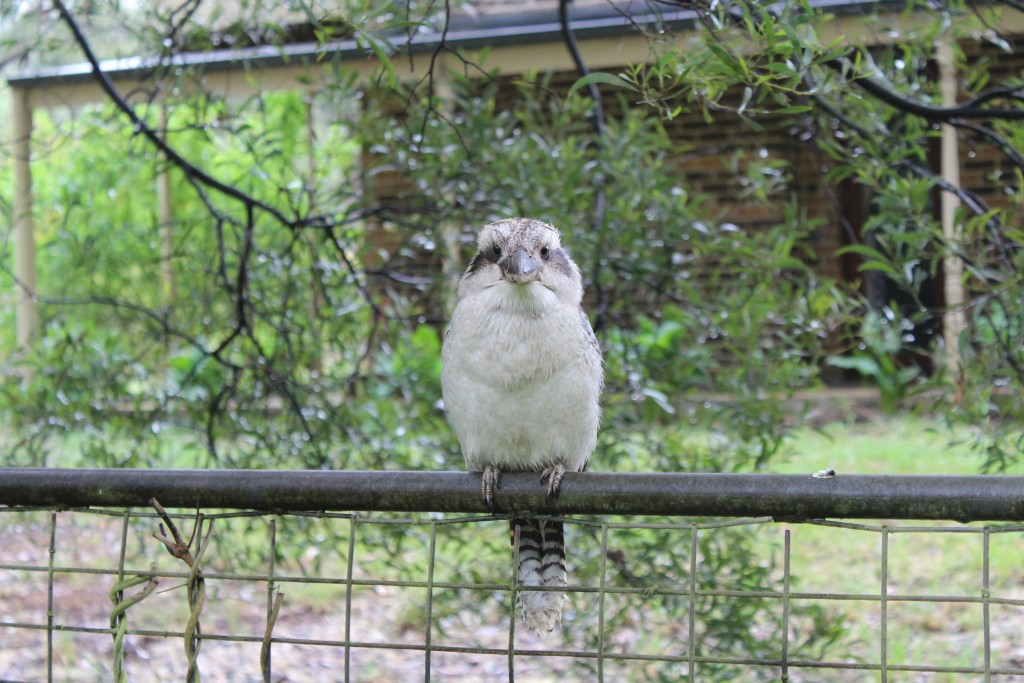 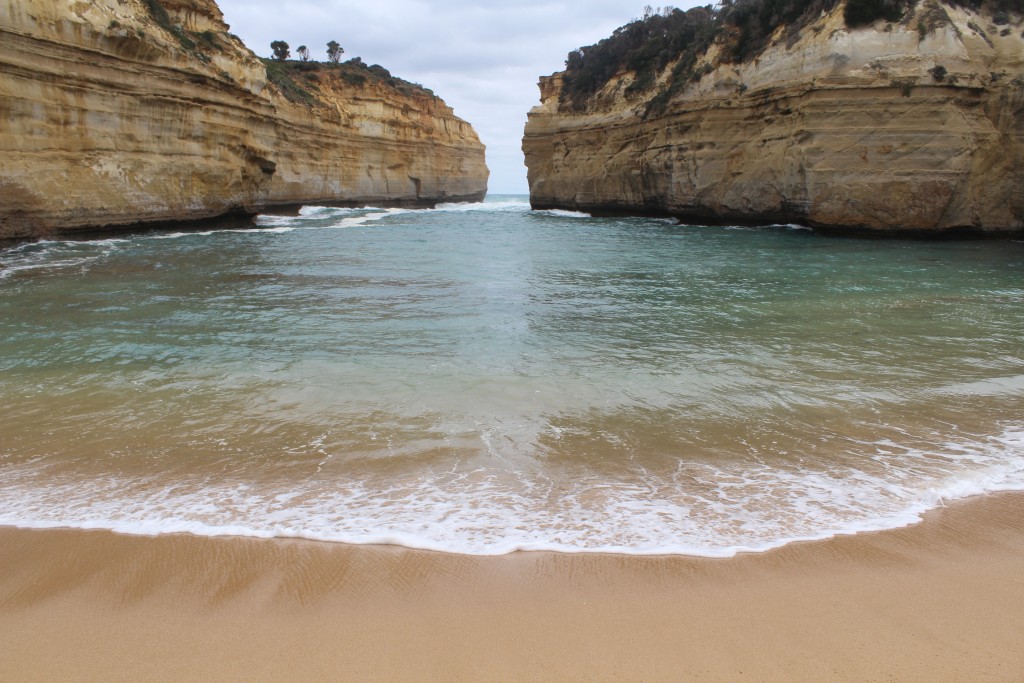 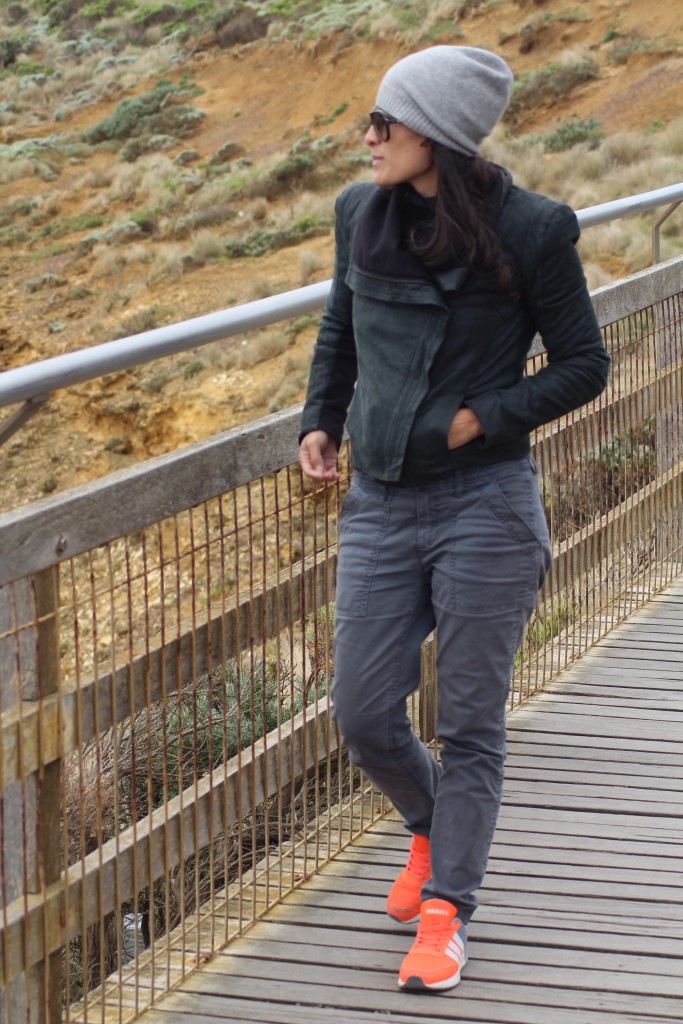 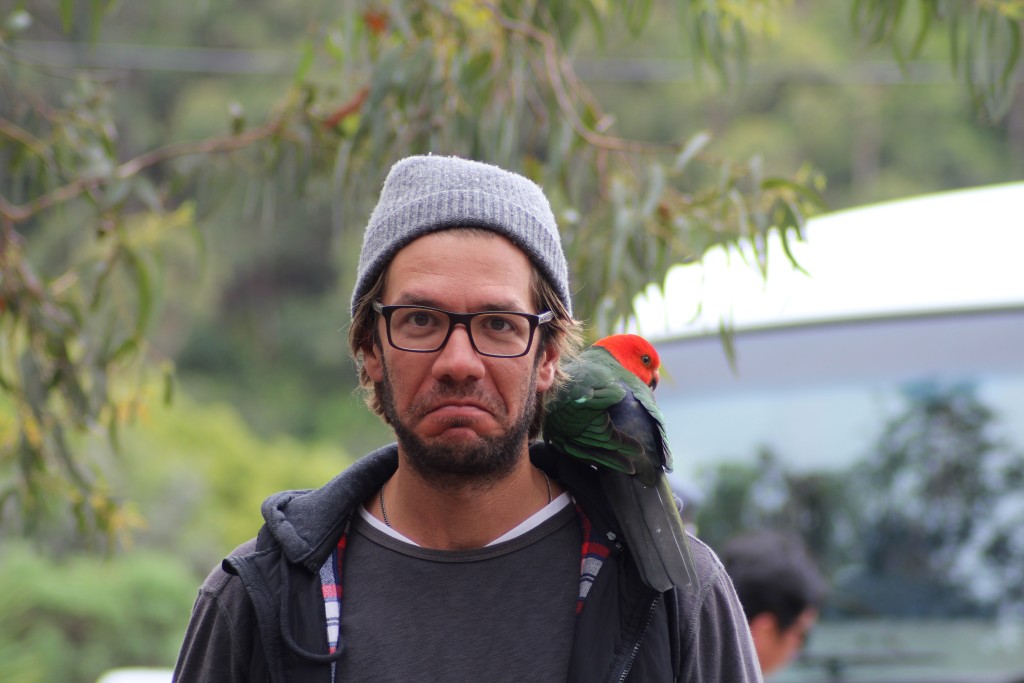 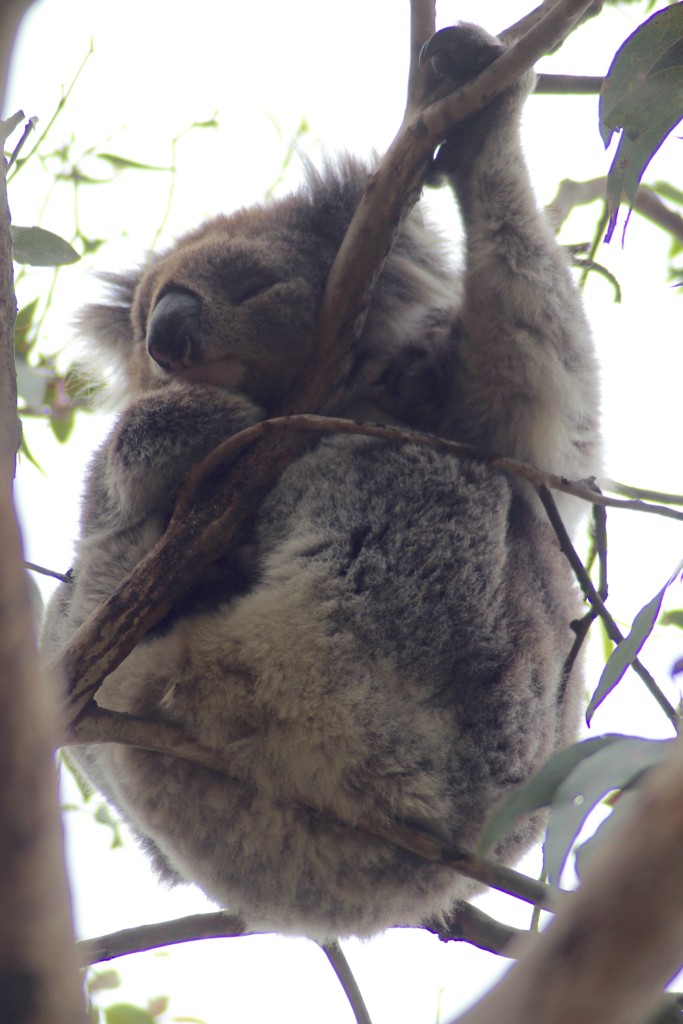 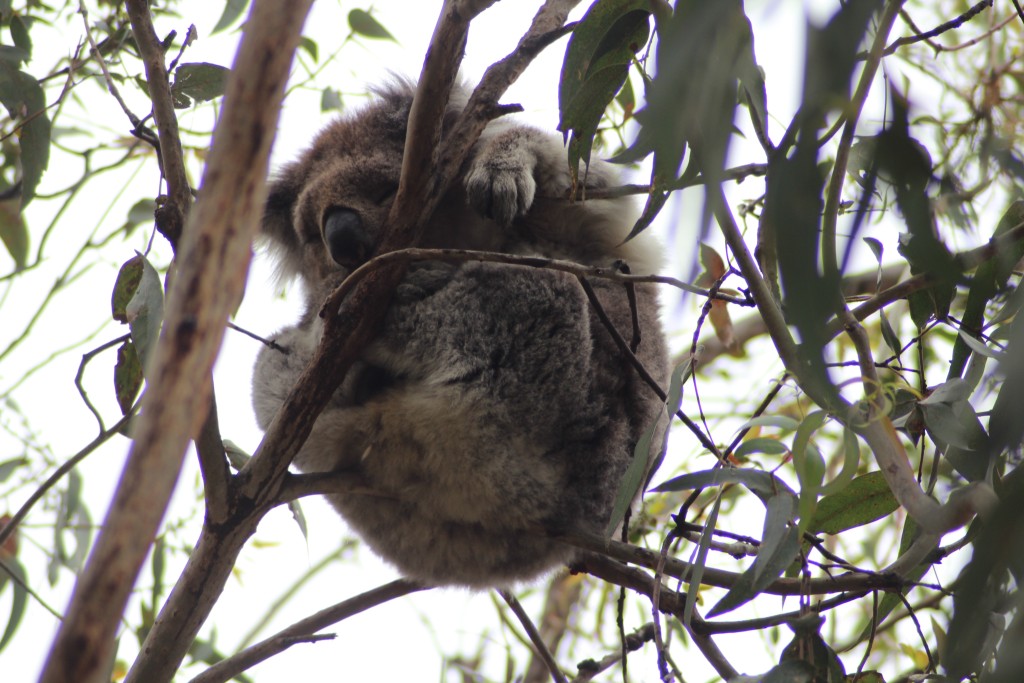 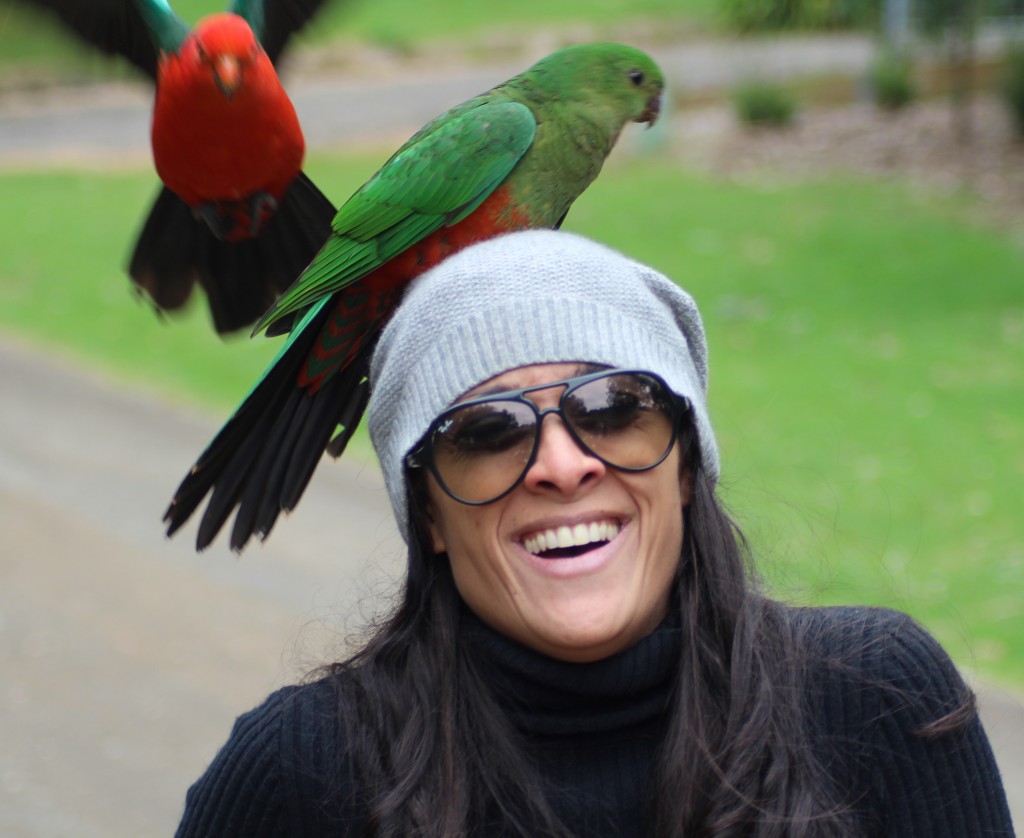 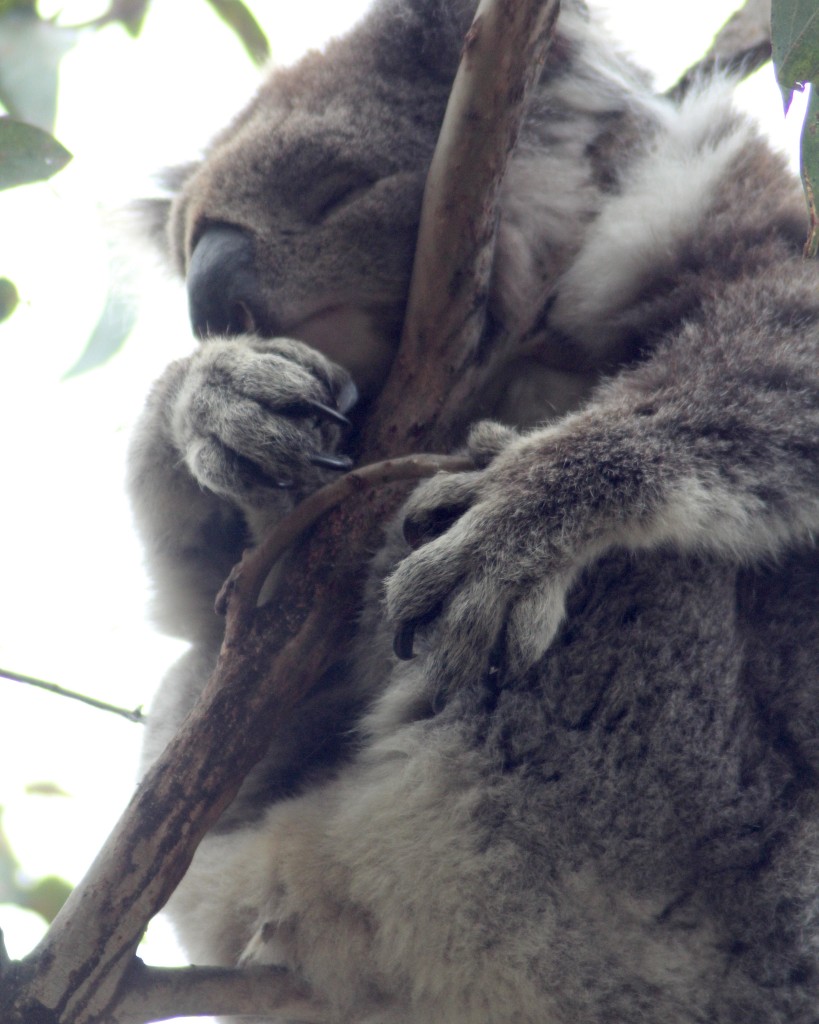 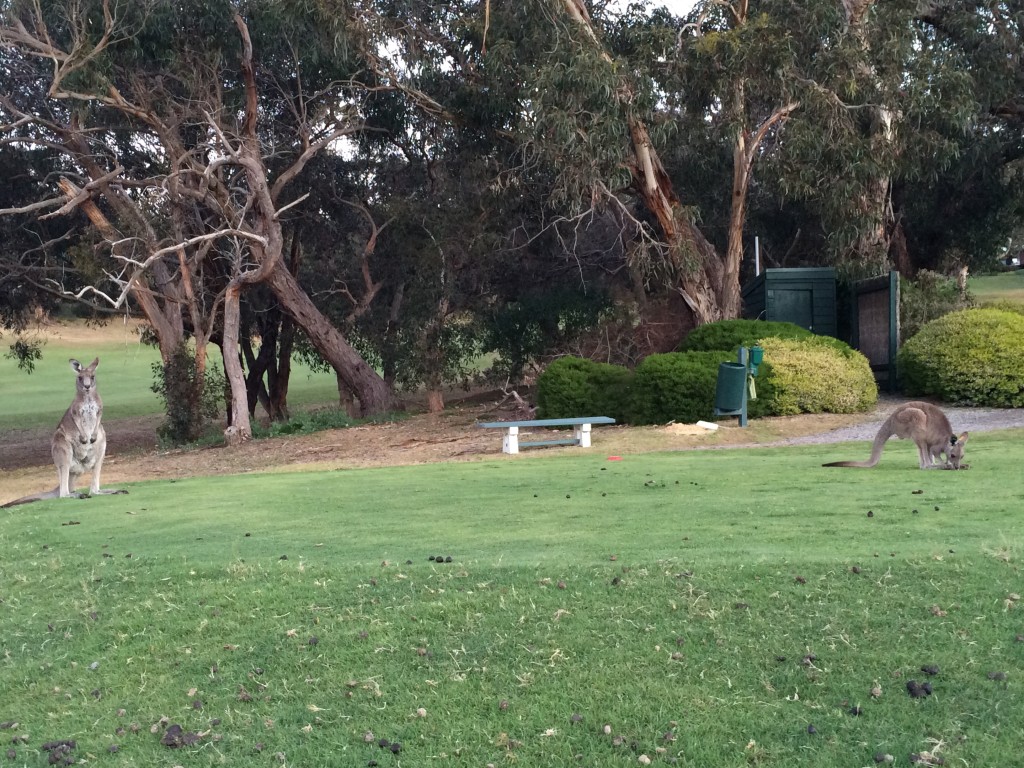 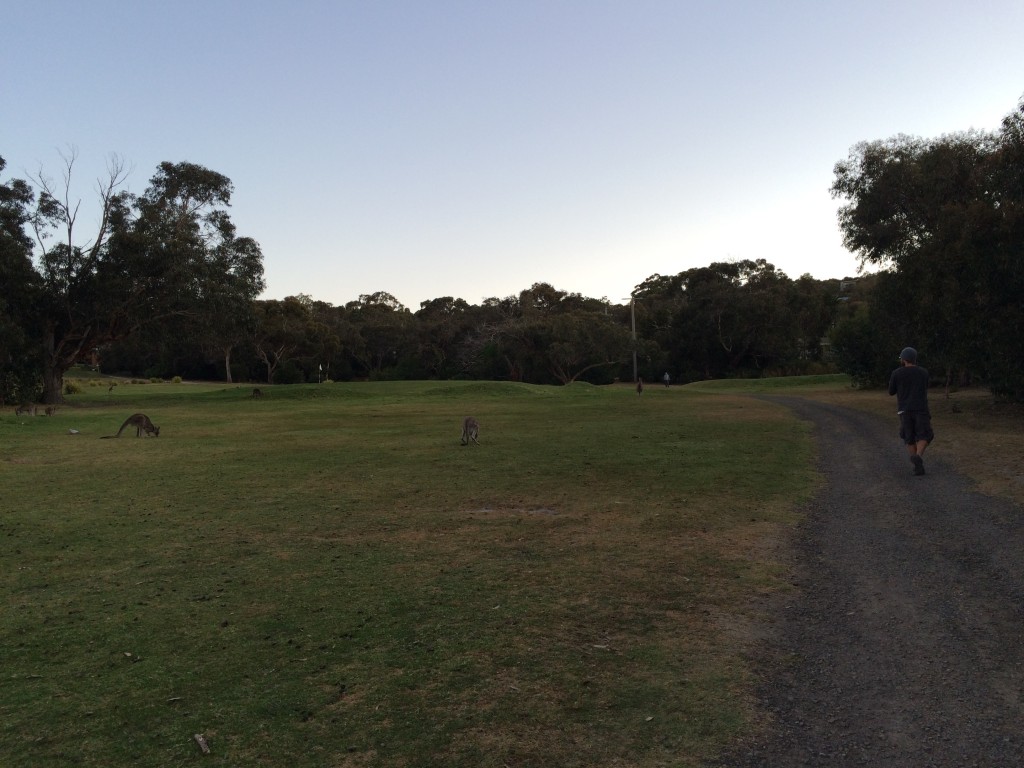 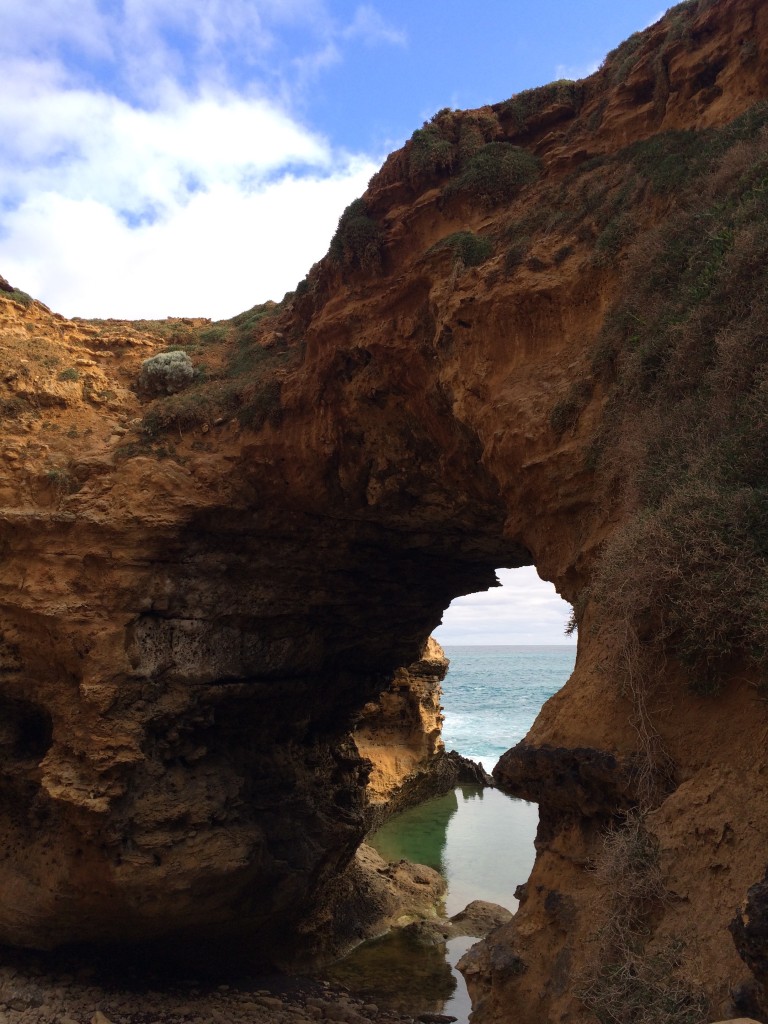 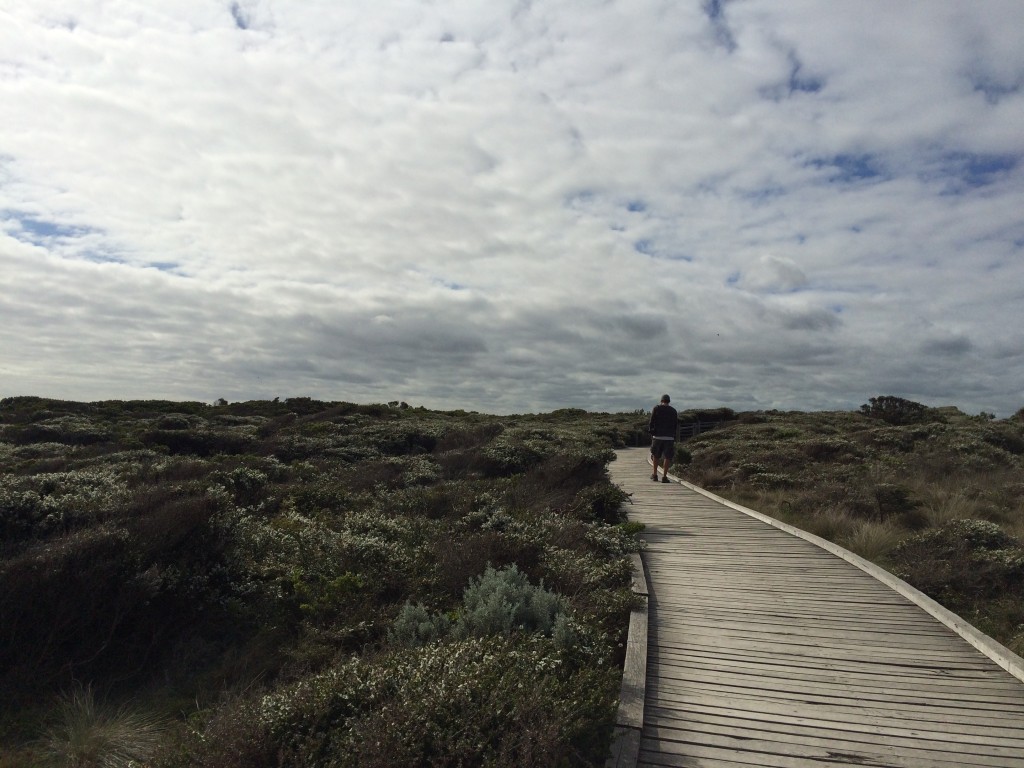 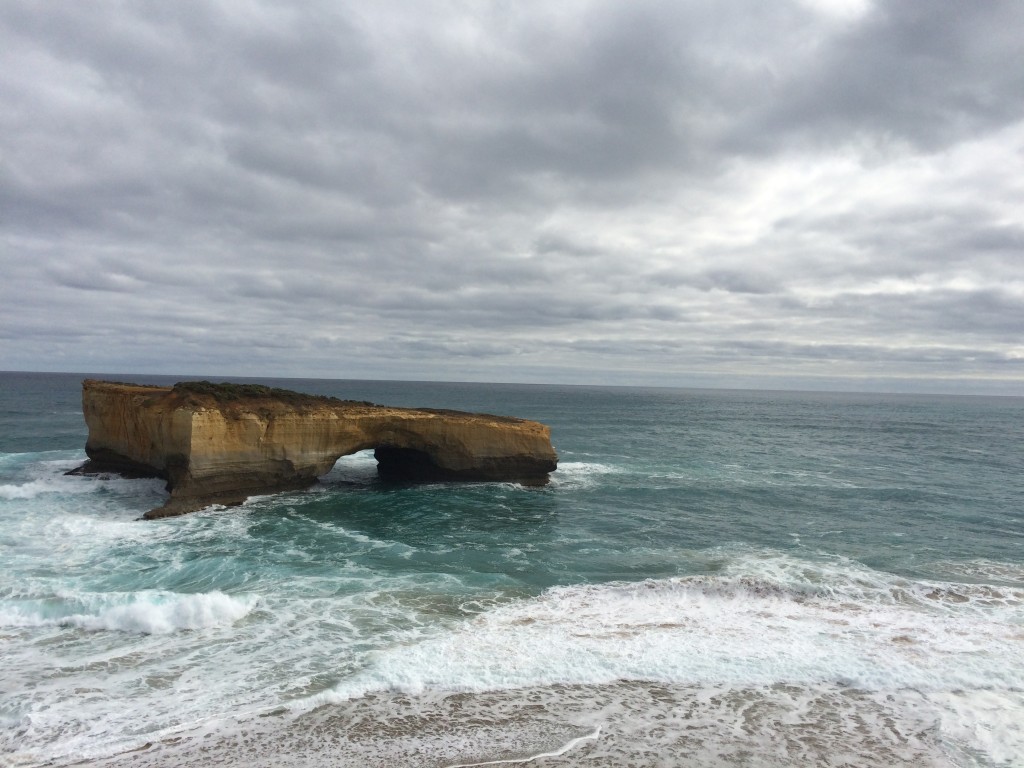 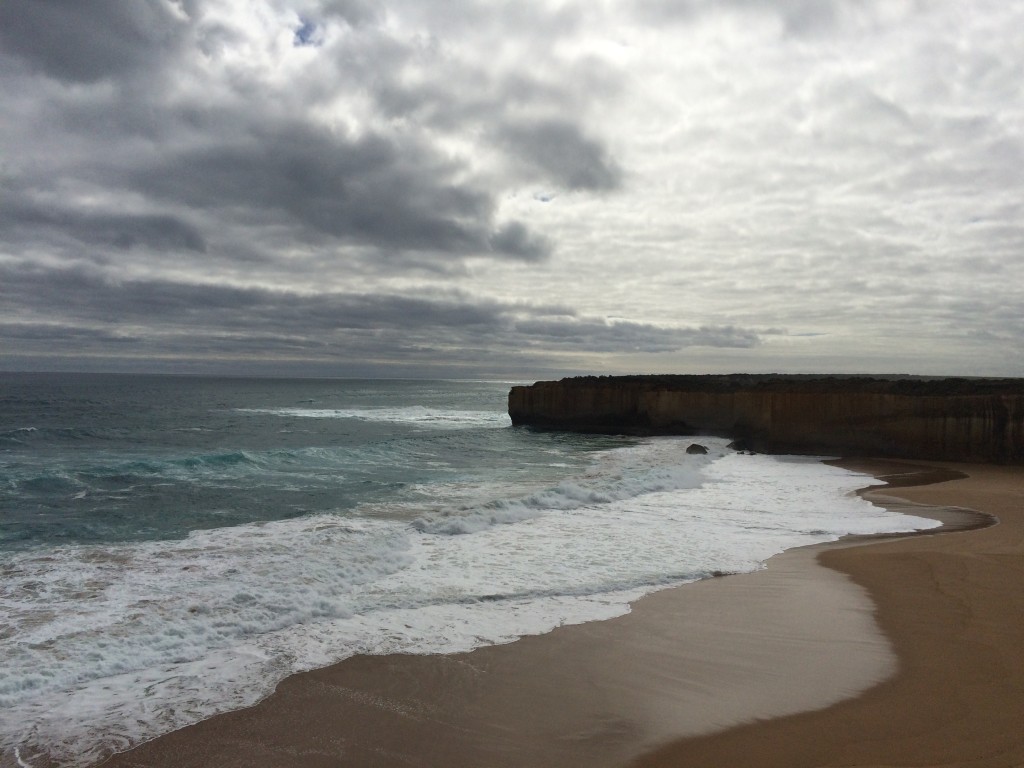 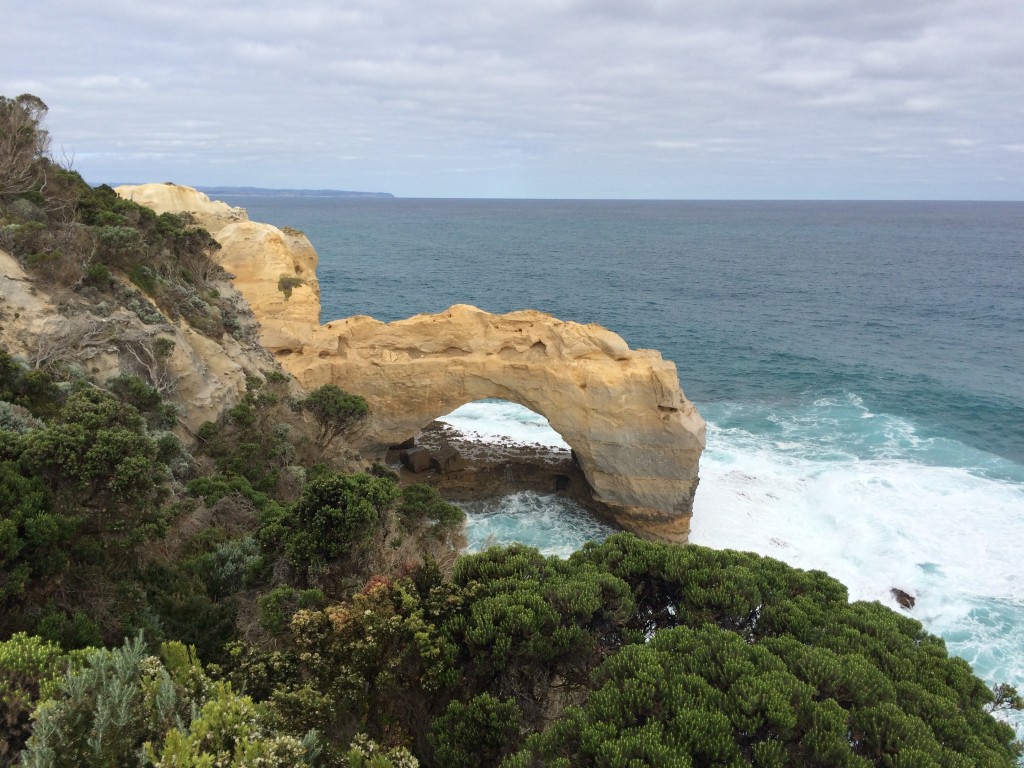 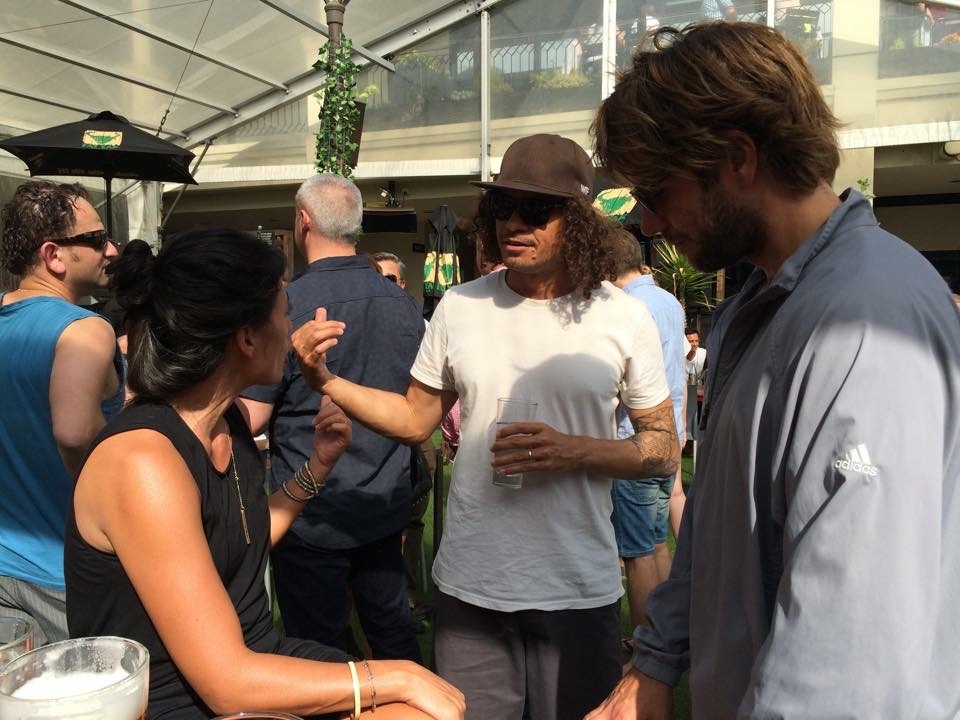 My favorite movie ever of a kangaroo: