After 4 nights and 3 days on the rails, we arrived in a land far far away, in the east of Russia, known as Siberia. We bought a one-way train ticket, as we hadn’t decided where to head next, and my mother, who doesn’t bat an eye when I tell her about our escapades with camels and scorpions in Saharan deserts or trekking on Patagonian icebergs, said to me three different times, “MAKE SURE YOU COME BACK FROM SIBERIA. DON’T STAY IN SIBERIA.” I still don’t understand why I would ever contemplate staying in Siberia. It must be something left over in her psyche from the Soviet era — maybe she watched White Nights too many times (I just re-watched the movie, and yes yes yes Mikhael Baryshnikov was hot as The Russian on Sex and the City, but I really loved him way back in the 80s when he was just gran jete-ing himself all over the stage.) Siberia is where Russian political revolutionaries were sent in the 1800s, like the Decembrists and the famous writer Dostoevsky (I tried again on this trip to get through Crime & Punishment, and again I failed), and later from the 1920s to the 50s, Stalin sent prisoners there to work in labor camps, which are now gone. Despite all of that, and much to my mother’s bafflement, I think Anthony and I were more excited for this part of the trip than anything we’ve done in the last five months, chiefly because the train ride from Moscow to Siberia meant we had NOTHING TO DO FOR NEARLY 80 HOURS. A fun fact from train life: even though Russia has 10 time zones (the first train alone took us through five of them) every single train in Russia operates on Moscow time. So the train schedule says we arrive at 2:53am, even thought it’s actually 7:53am in Irkutsk. The restaurants on board operate somewhere between official Moscow time and wherever we currently are, and everyone’s smart phones aren’t smart enough to keep up with the time changes, so in addition to losing track of what day it is, one can never be sure if it’s breakfast, lunch or dinnertime. Regardless, we arrived in Irkutsk, slept most of that first day away (I picked up a cold somewhere on the train), and the next day went to the beautiful and huge Lake Baikal, the world’s largest freshwater lake, 70 kms away. We spent the night there in a town called Listvyanka, which sits on the water. What does a lake in Siberia look like this time of year? Anthony made a quick video to show you:

The weather was beautiful, 80 and sunny, and we walked alongside the lake and had their famous fish for dinner. It’s a white fish called omul and I have no idea why it’s famous other than the lake is full of them. We had drinks overlooking the lake, ran into a guy from the train who lives in Germany but randomly enough used to live in our hometown of Kansas City, ran into the guy from the information office we had tortured earlier (he was the one person in town who spoke english – the first woman I approached at the tourist info center said to me, “NO ENGLISH. RUSSIAN,” then went back to her Sudoku) and watched a storm roll in over the water. We got back to our place just before the rain came and slept with the windows open so we could hear it all. Ahhhh. The next morning was freezing, with no trace of sun. We decided to spend one more night in the area and then get back on the train, which left for Mongolia the next morning. So we took a wonderful ferry ride across the lake and up the river, back to Irkutsk, explored the city, took pictures of the many Decembrist houses which are still standing, and the next morning reunited with our old friend the Trans-Siberian train. In just about a day and two more time zones we’ll arrive in Ulan Batur. We’re staying in the steppe (plains) a few hours outside of the city in a ger (I still don’t believe that’s a real word) with some nomads and lots of sheep. Wish us luck.

Where we stayed in Irkutsk:

Where we stayed in Listvyanka: 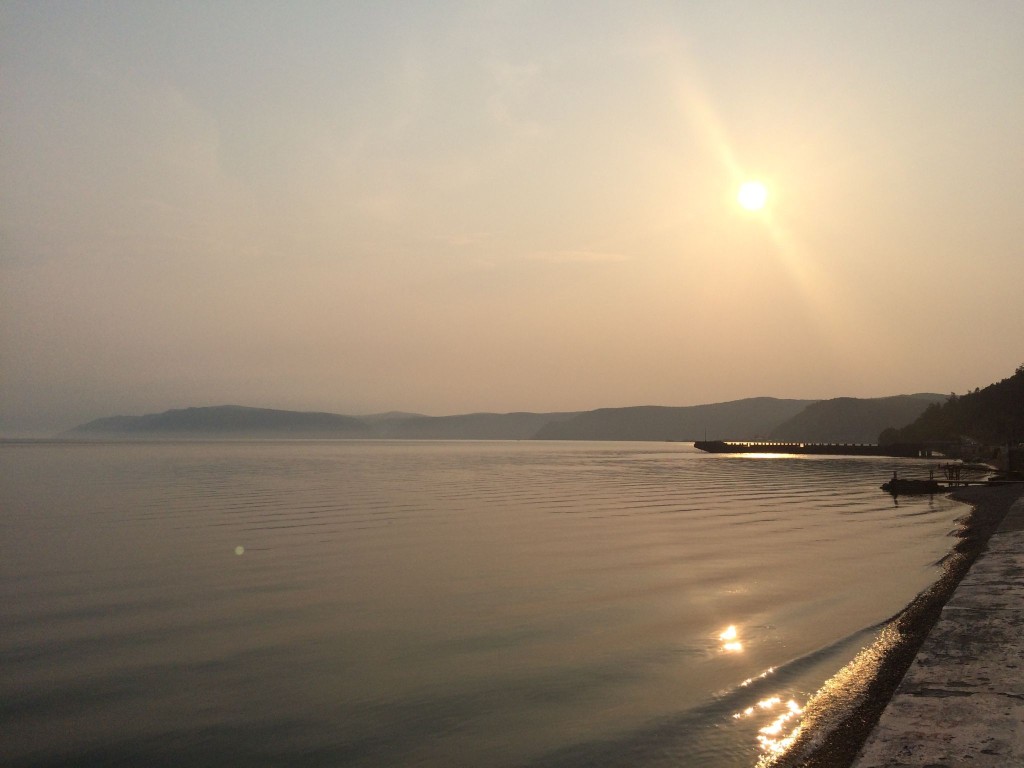 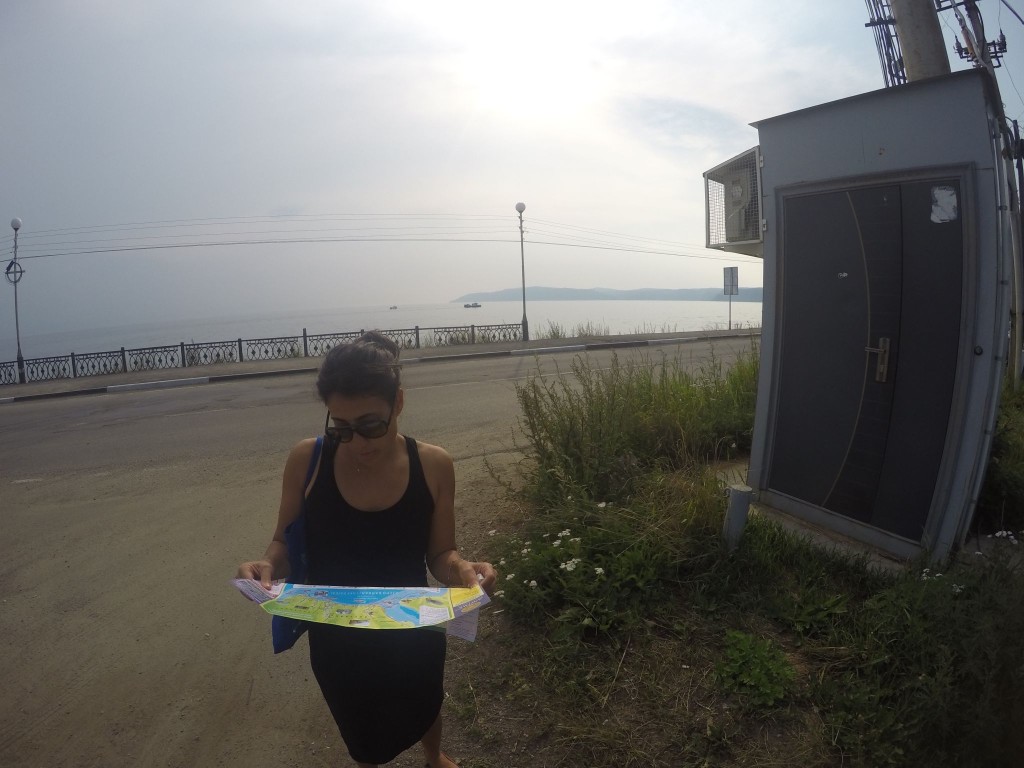 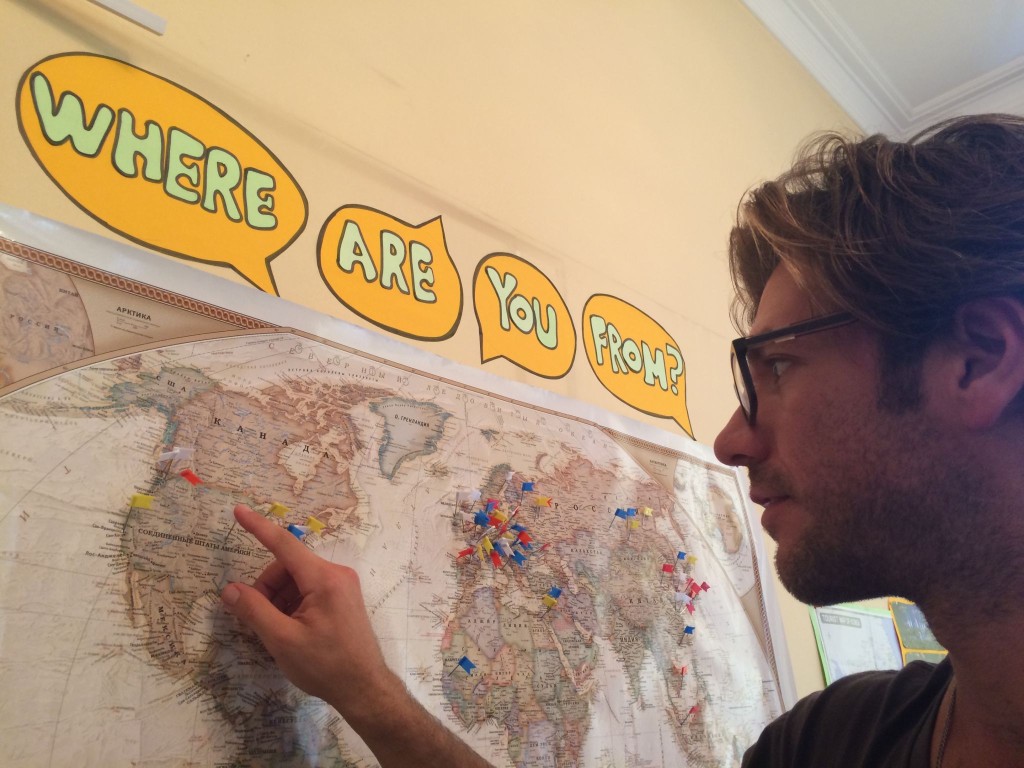 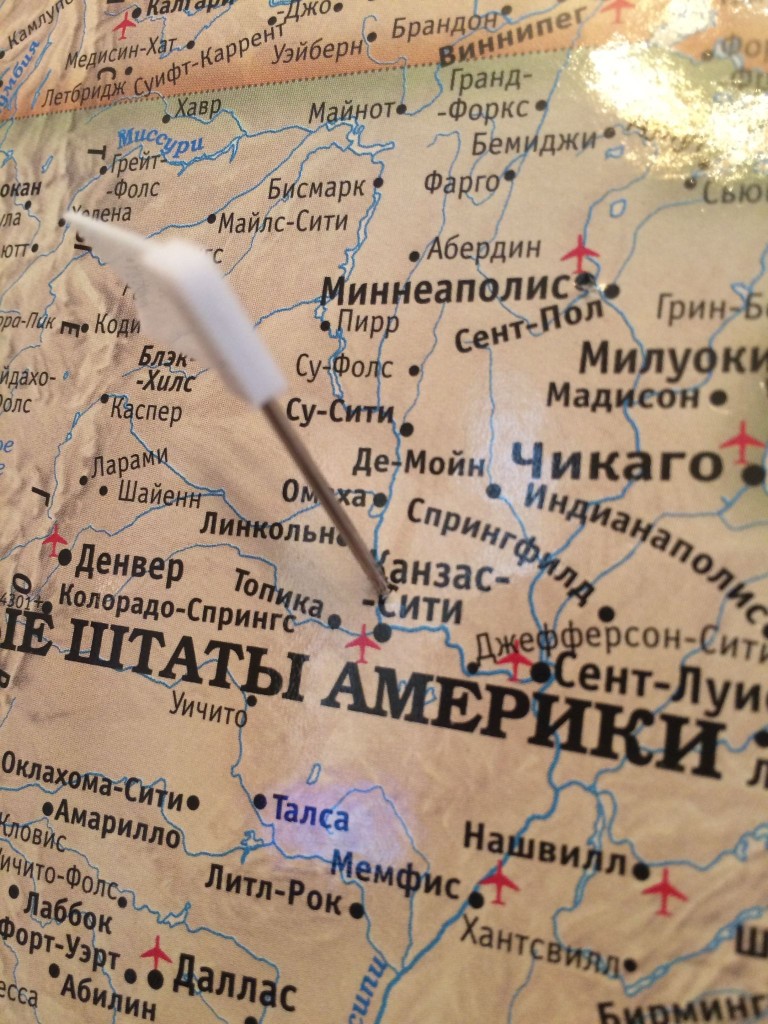 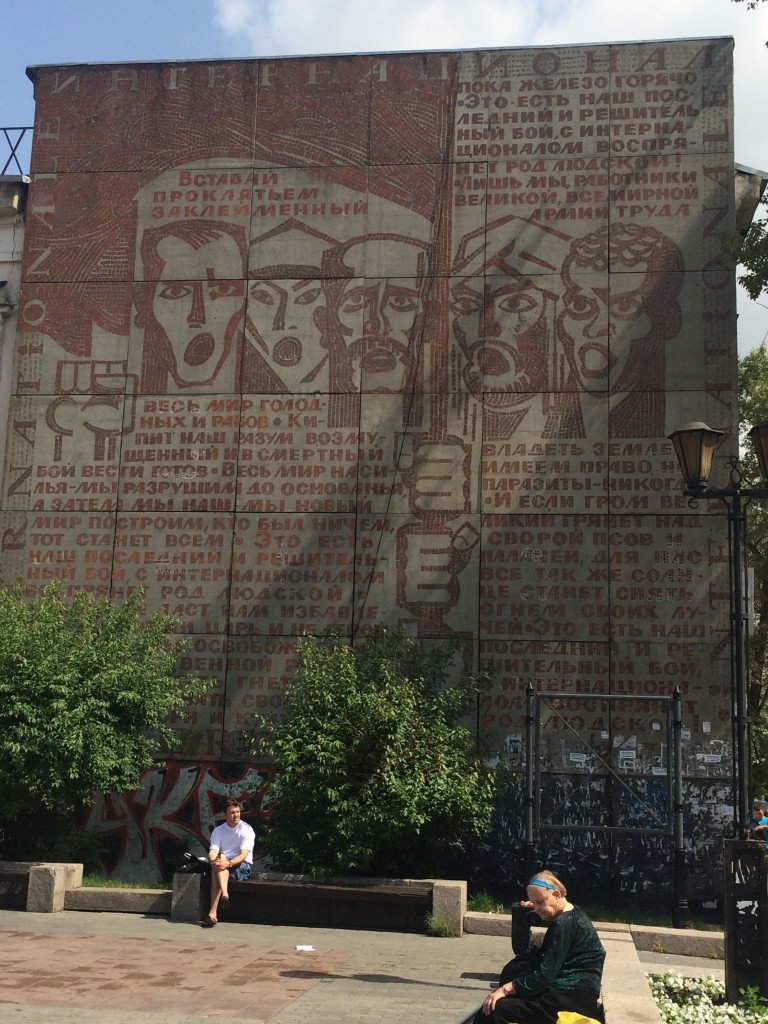 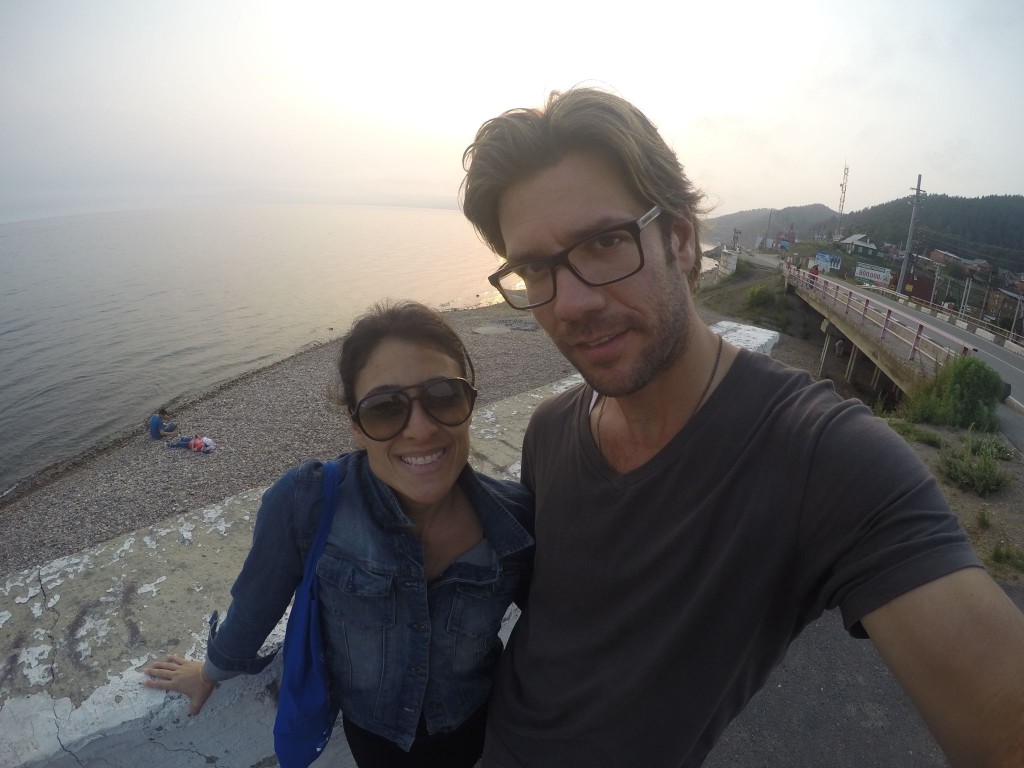