For the second time in 6 months, we’ve found ourselves in Manila. For background, my mother was born and raised here, my older sister and nephews live here and I have family in the city. Have been coming here my entire life – I was 13 months old my first visit.

My grandparents, Drs. Jose & Nora Diokno Casas, in Baguio in the 1970s. Together they owned a hospital in Manila. 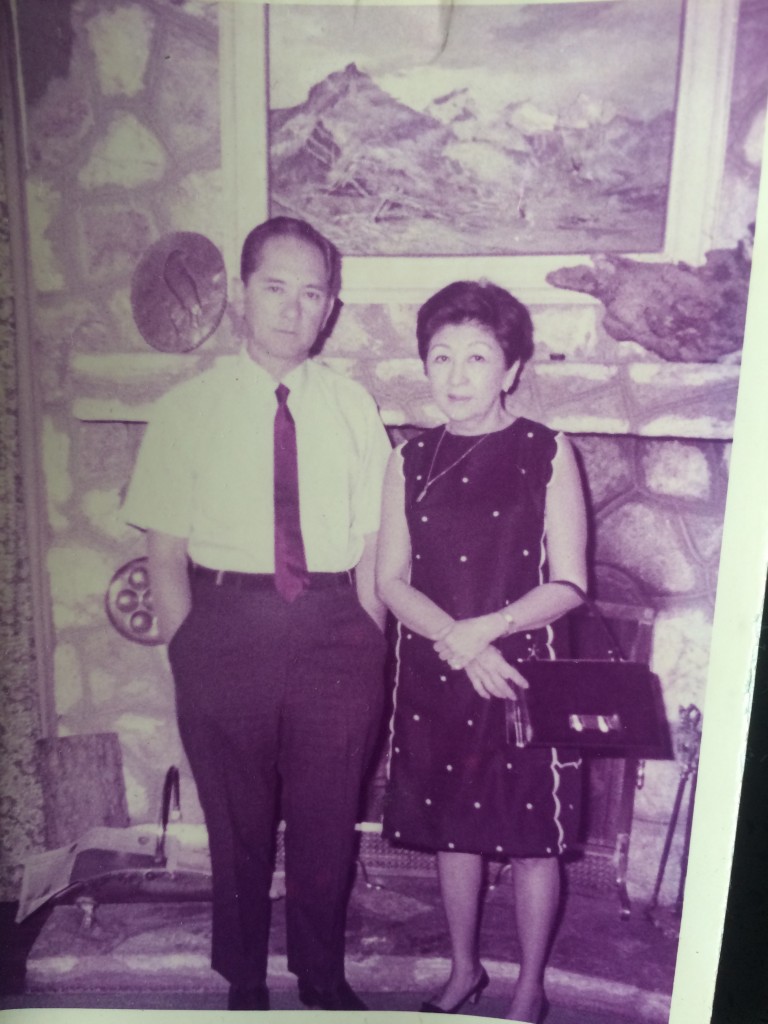 We’re back so soon to celebrate my older sister’s wedding and we have an amazing set-up, as always: staying in my uncle’s beautiful apartment while he’s away, within walking distance of great restaurants and bars and my new favorite yoga studio. Also, it’s summer in the Philippines, meaning it’s hotter and more humid than normal – 99 degrees is the average temp during our two week stay. Everyone complains about the weather, but I LOVE IT. We went to the beaches of Boracay for a few days before this, which you can read about here, and now, freshly tanned and refreshed, it’s time for the capital city. The second we arrive in Manila, we’re greeted first by the heat (ahhhhh) and the humidity (yessss) and then the familiar sounds and smells of the city’s intense traffic. We’re off and running, to lunches and dinners and drinks with family & friends, visiting the many weekend food markets, cooling off in the salons (I think half the reason I like to visit is for the massages, facials and mani/pedis) and going out at night to hear the live music that plays throughout Manila. Anthony golfed with my cousins, playing in a tournament and winning a 5-day trip to Phuket in the process (also inexplicably an electric coffee pot). I’ve eaten all of the pinoy food I so rarely get in the States, and had green mango daily, sometimes in the form of shakes but usually raw. With salt. Yum. When someone suggests we visit Quiapo, a questionable part of the city home to a huge open-air market and much-revered church, I jump on the idea. I’m sold when I hear we can get there via jeepney, a mode of public transportation that costs 8 pesos, or about 15 US cents, a ride, and that no one in my family would dream of taking. In fact, when I tell my mother we’re going, she reacts with the expected, “Que horror! Even as a kid I wouldn’t go there.” Same for my sister and brother-in-law. But if this were another country, one in which I haven’t spent so much time or have family and friends, we would go out of our way to visit the equivalents of Quiapo — the grungier areas, full of flavor and street food and produce and tchotchkes, away from the big shiny hotels and businesses. So why NOT do that here? We climbed up onto the back of the jeepney, accompanied by a staffer from a cousin’s restaurant (our compromise so my sister wouldn’t worry), sliding along one of two bench seats and passing the money up to the driver using the honor system that’s been in place for years. And away we went, hot air and dust from the roads blowing inside the brightly-painted open-air contraption. Jeepneys were originally made from US military jeeps left behind after WWII and have become a symbol of Manila to tourists and residents alike. With the increase in taxis and buses, there are fewer now than when I was a kid, but they’re still everywhere. 10 minutes and a few stops later, we had arrived. We wandered through the market, smelling the dried fish and shrimp and fresh fruit and vegetables mixing with the aromas of meat cooking and the hordes of locals around us shopping. We arrived at the church famous in the Philippines for its statue of Jesus as the Black Nazarene, the subject of thousands of pilgrimages and devotions every year. A girl begging for money attached herself first to me then Anthony, as in literally wrapped her arms around me, then him, while another woman visiting the church chastised her in Tagalog. She eventually left us. And as always, I was struck by the two faces of this vast city — the immense wealth of Makati, the part of the city where we stay, and other areas like it around Manila, all filled with beautiful plazas and parks and stunning new skyscrapers, where people sit outside (or in this heat, inside) enjoying music and cocktails and amazing food and service, just a couple of miles away from some of the poorest people on Earth, who live in structures made of cardboard and corrugated metal roofs and subsist on rice and a few pesos a day. The living side-by-side but worlds apart story isn’t original or confined to Manila. You can see this in cities around the world, including inside the US. This one just strikes a big chord with me. We left Quiapo on yet another jeepney, soaked with sweat from the close quarters of the market and heat of the afternoon. That turned out to be one of my favorite days of the trip, ending with drinks on a hotel rooftop in the rain with a new friend and a night of randomness and fun. The rest of our stay was fantastic, my sister’s wedding being the highlight. The only thing more beautiful than the set-up on her wedding evening, with its candelabras and fresh flowers and opera singers entertaining us through dessert, was her smile (her dress was pretty amazing too). I love seeing her so happy. And she married Antonio, an amazing guy with an amazing name, making it a grand total of two Anthonys in our family. And then, after two weeks in the Philippines, it was time to say goodbye yet again. It’s never easy and I already can’t wait to return. My nephew joked that we shouldn’t be sad as we’ll just be back in another six months. He’s a wise one, that kid.

Makati (in my uncle’s condo)

Where we went out:

Neighborhoods in which we wandered: 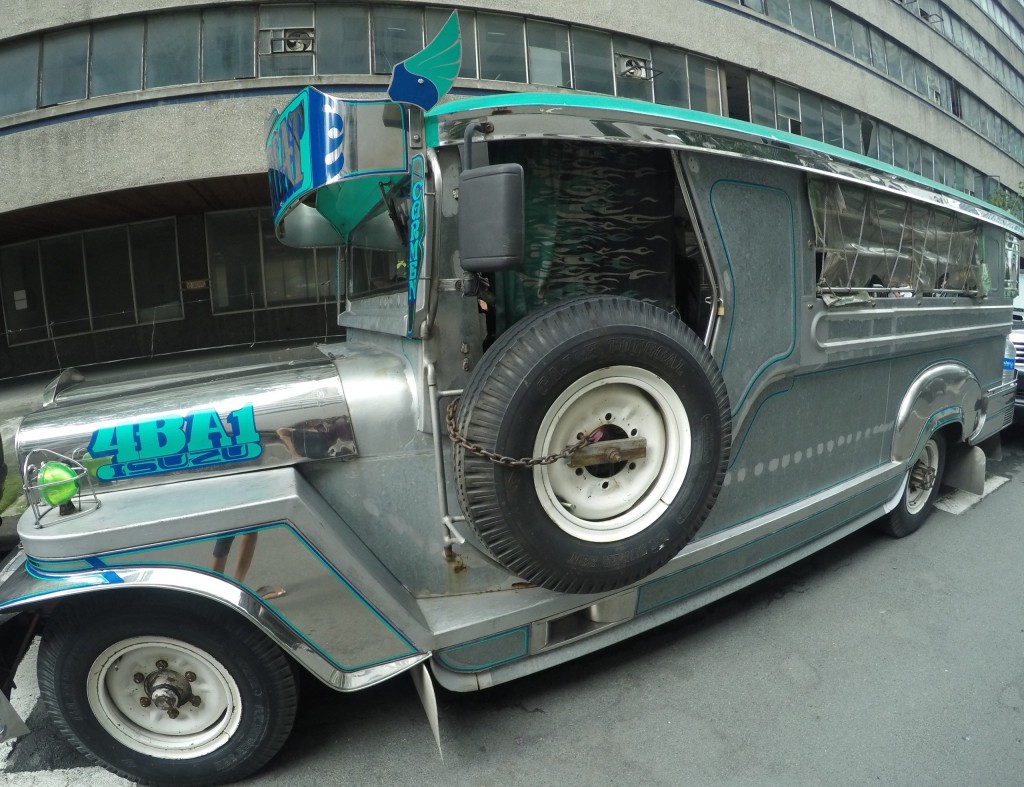 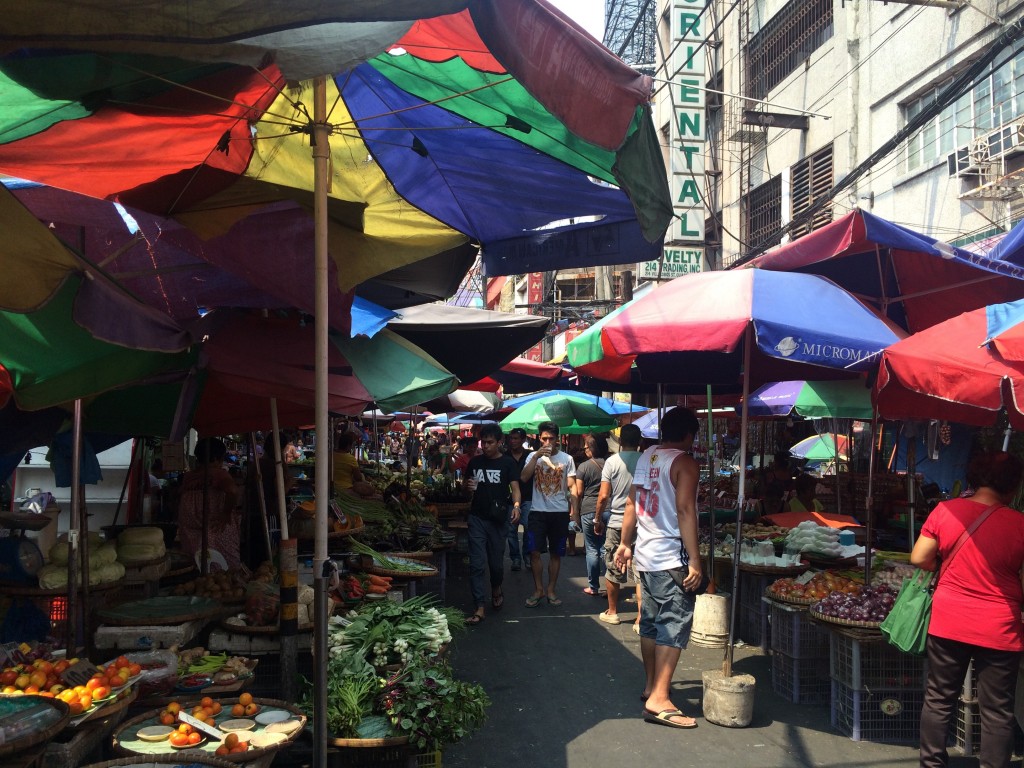 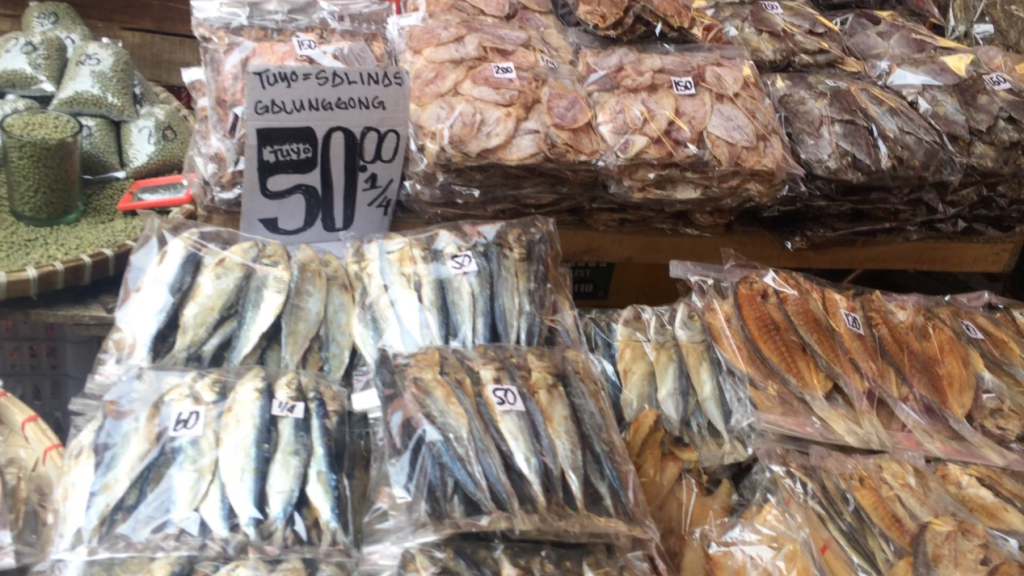 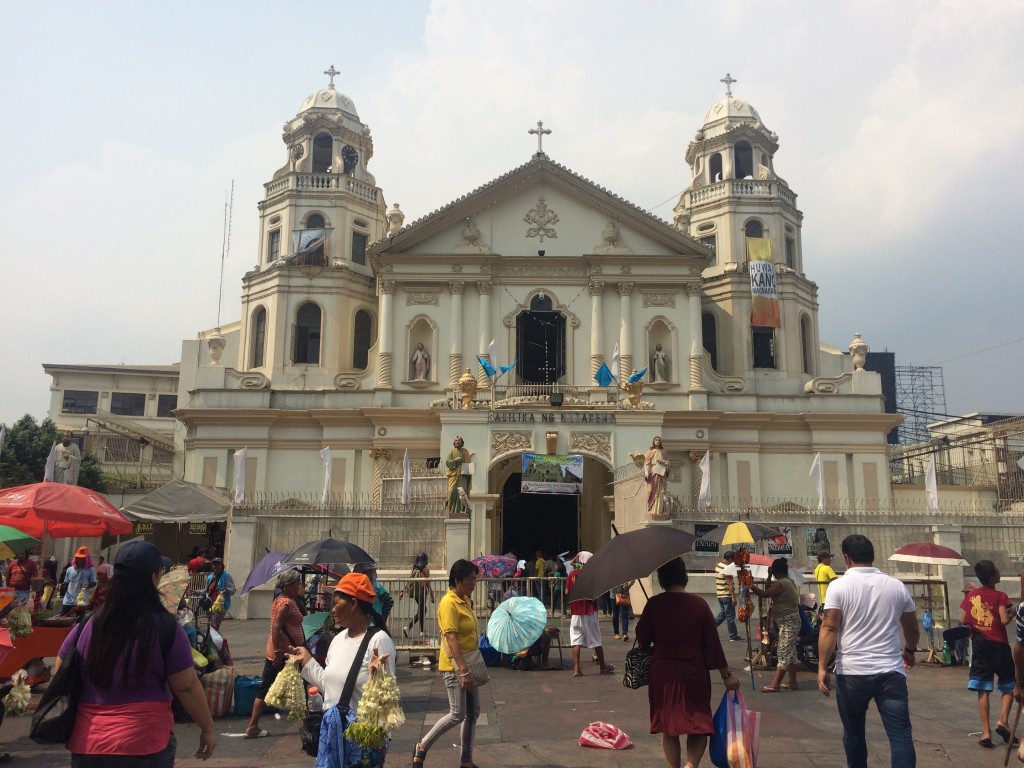 Green and ripe mango. They only taste this amazing in the Philippines. My (sometimes twice or thrice) daily meal: 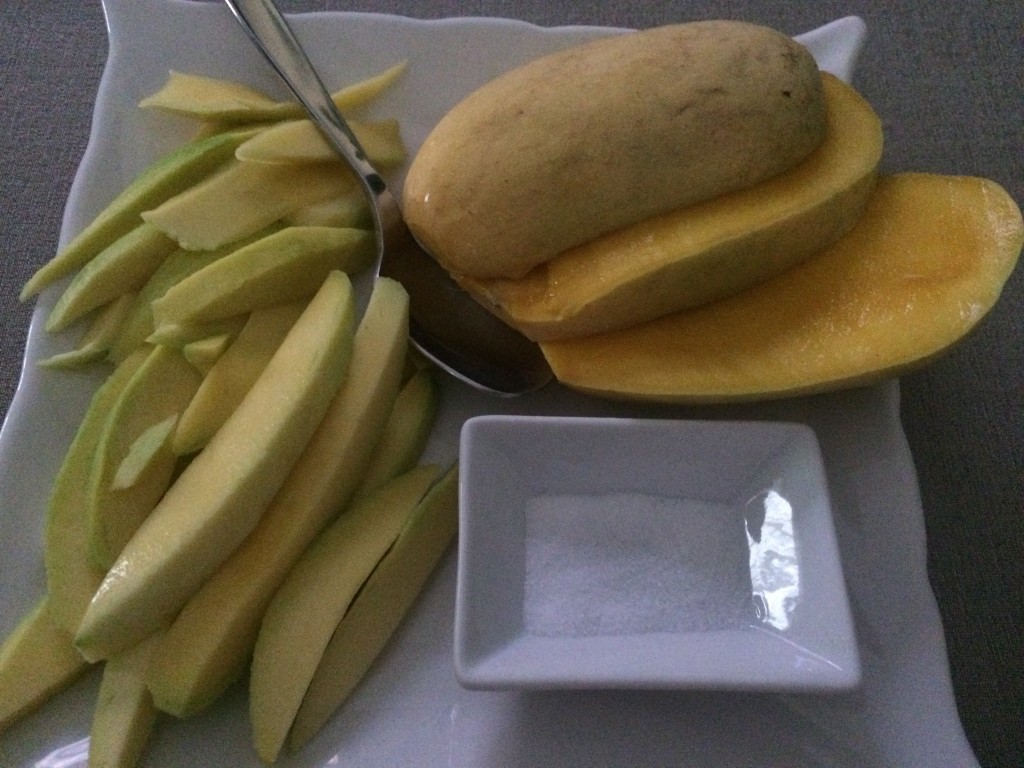 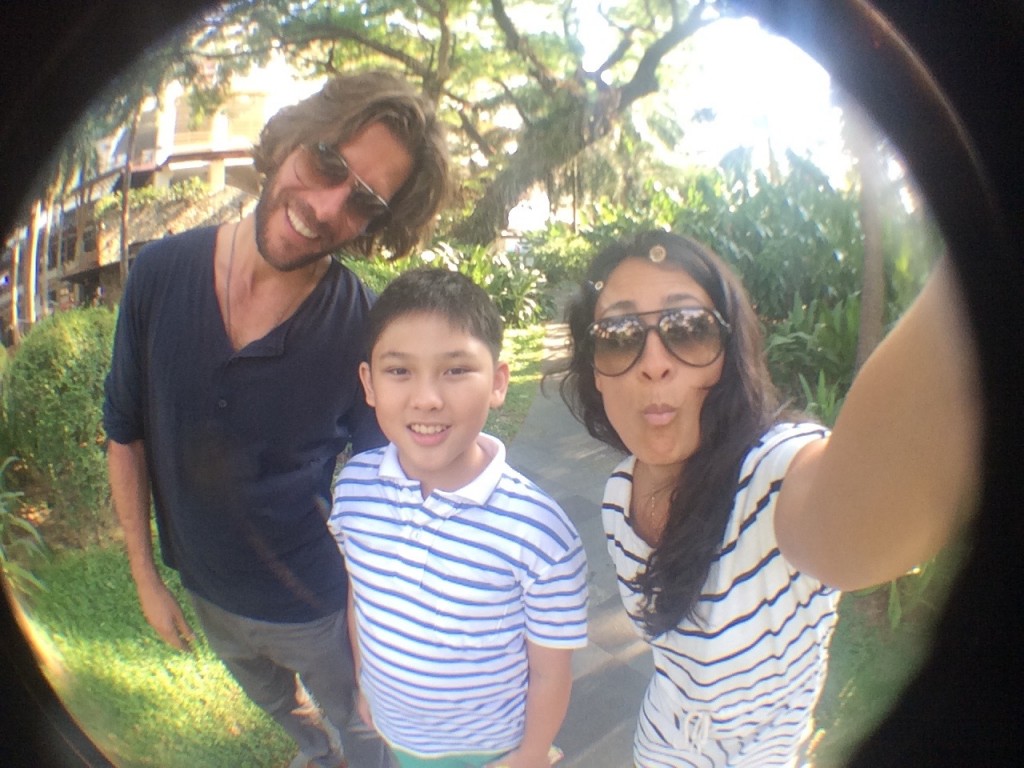 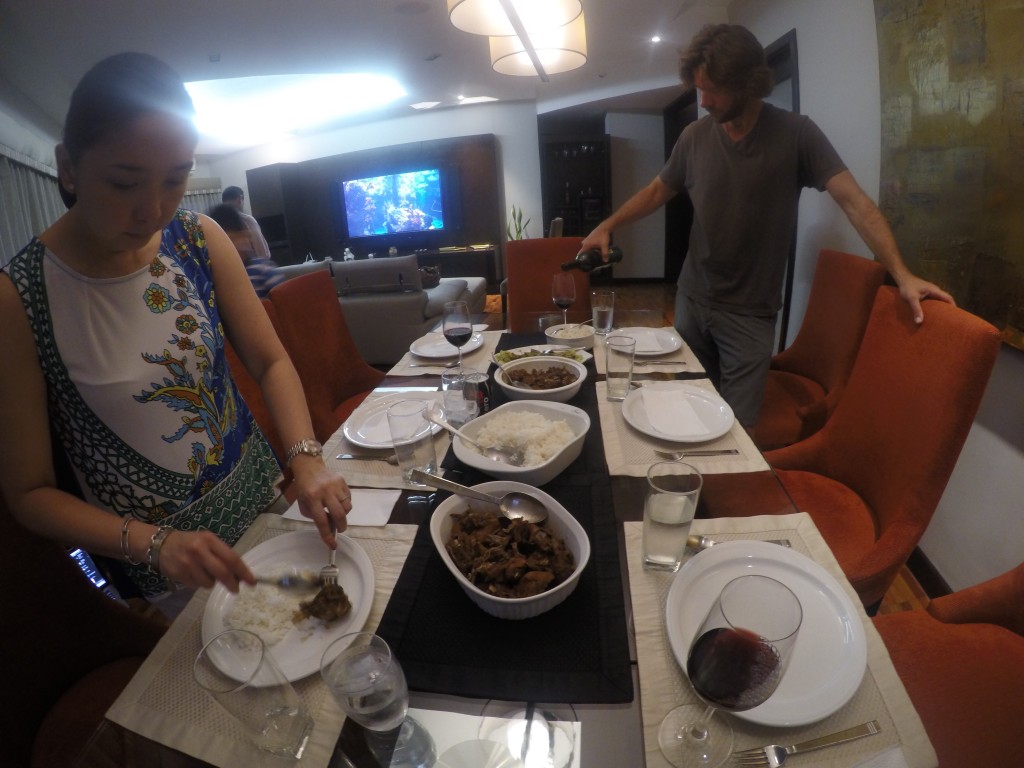 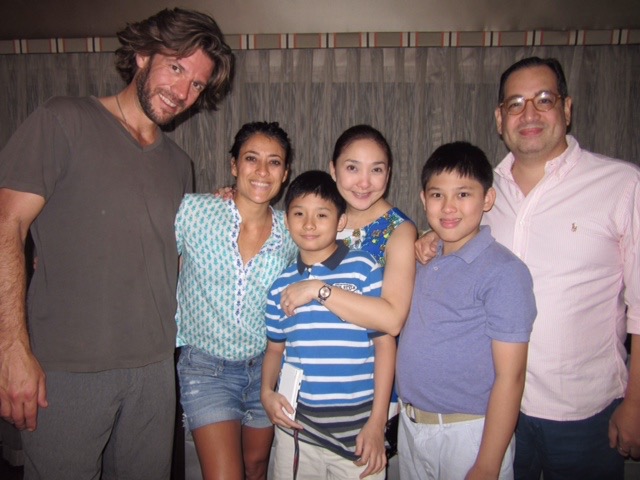 True story. No drinking anywhere in the Philippines right before or during elections, which are May 9. Maybe we should try this in the States. 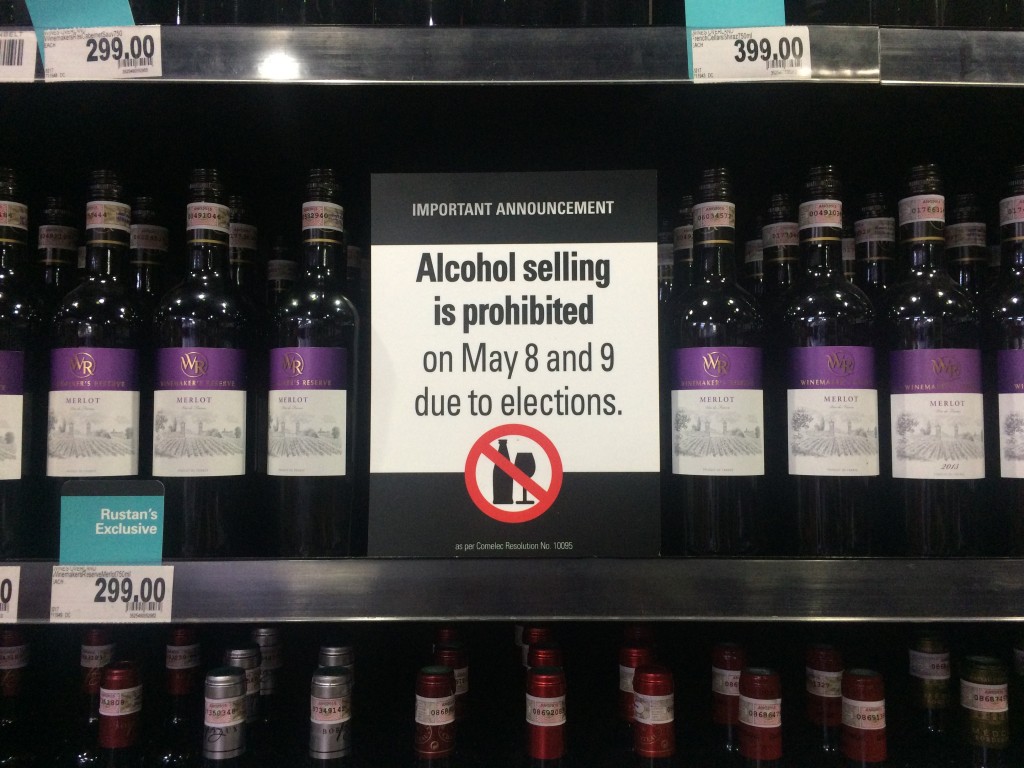 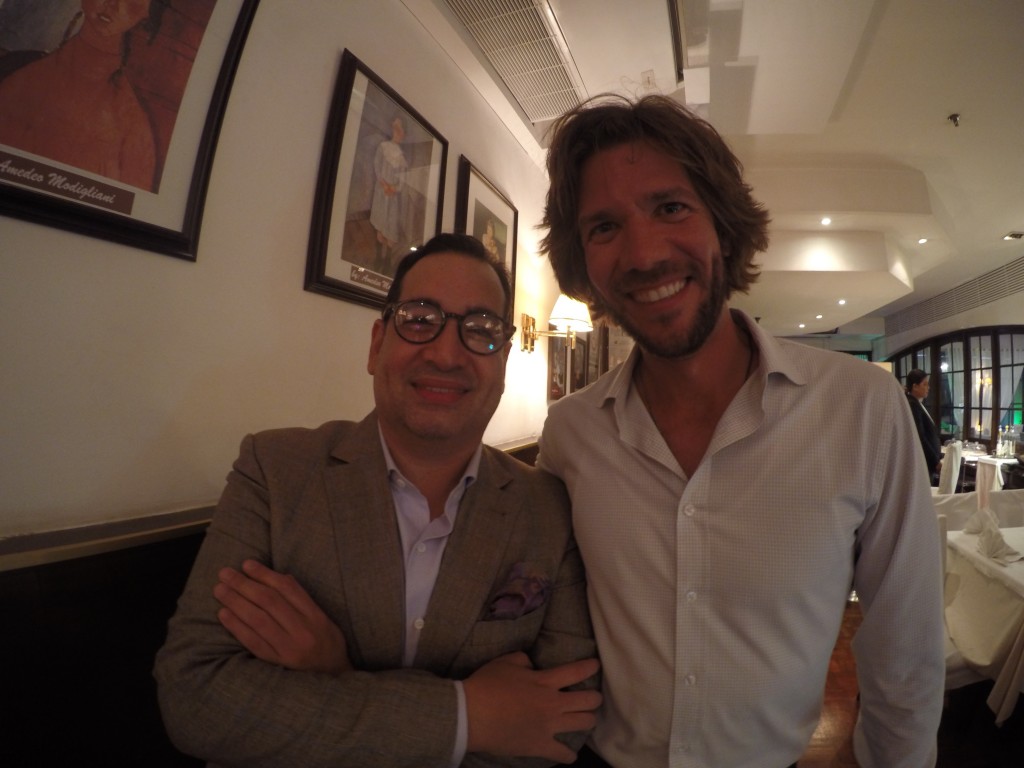 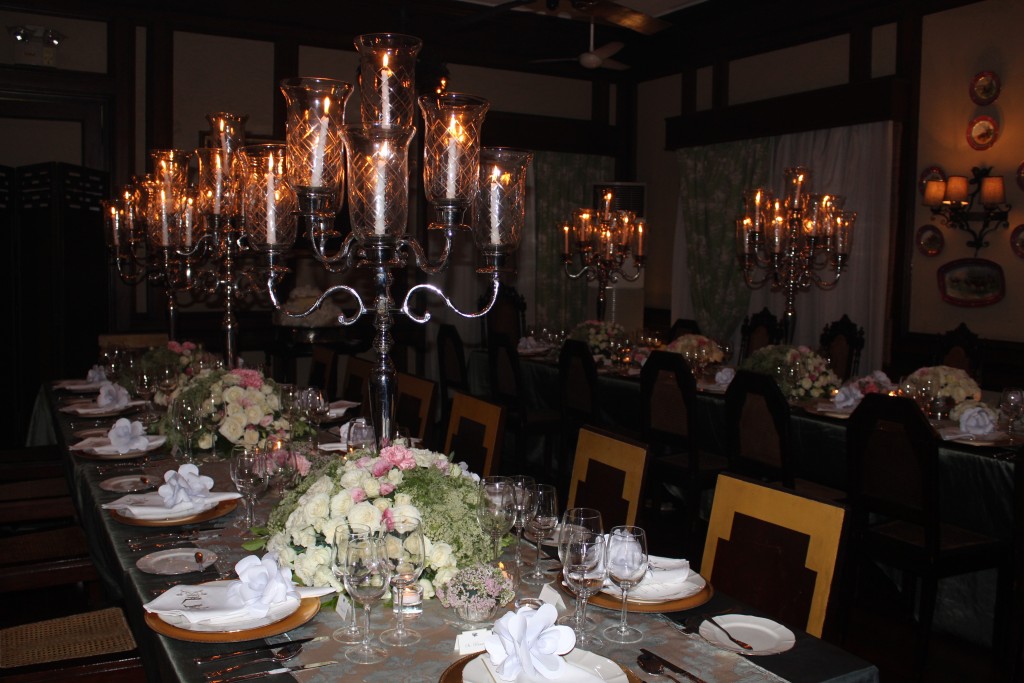 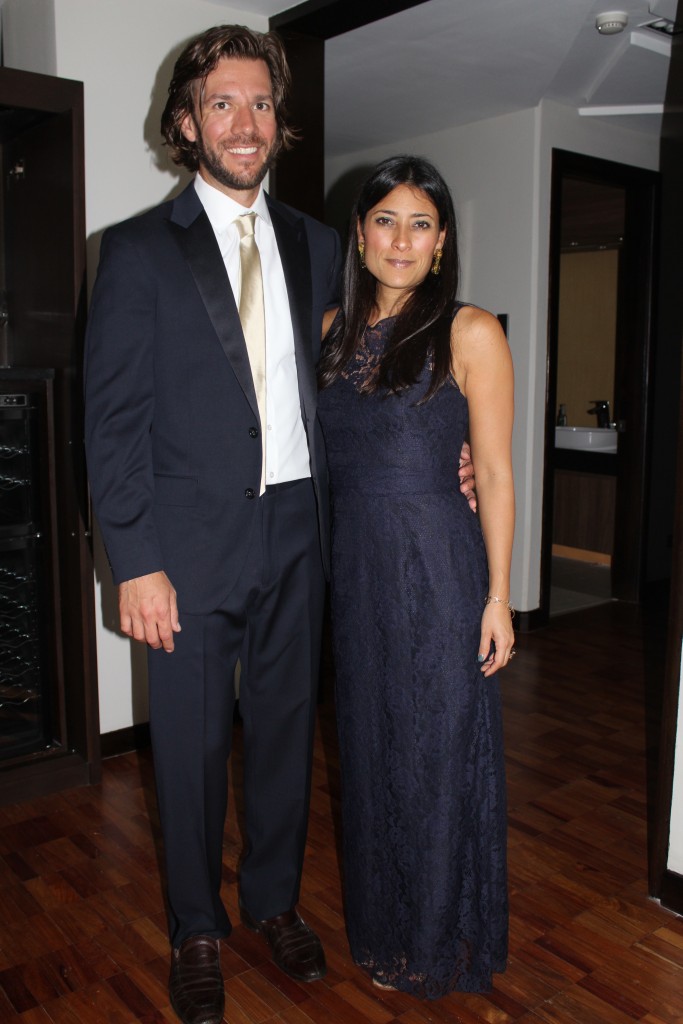 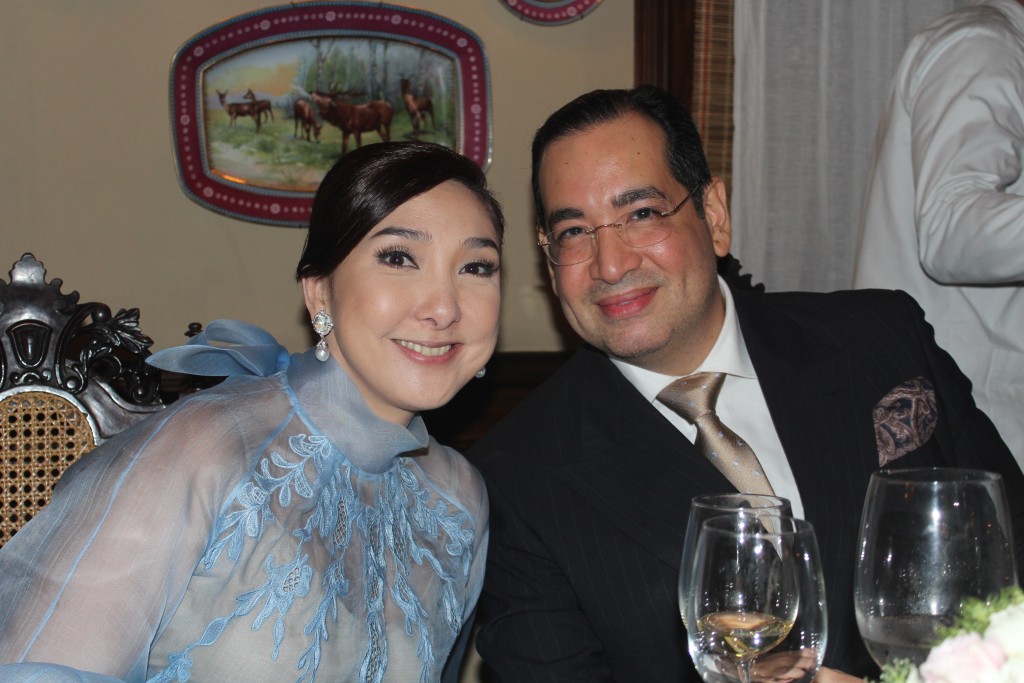 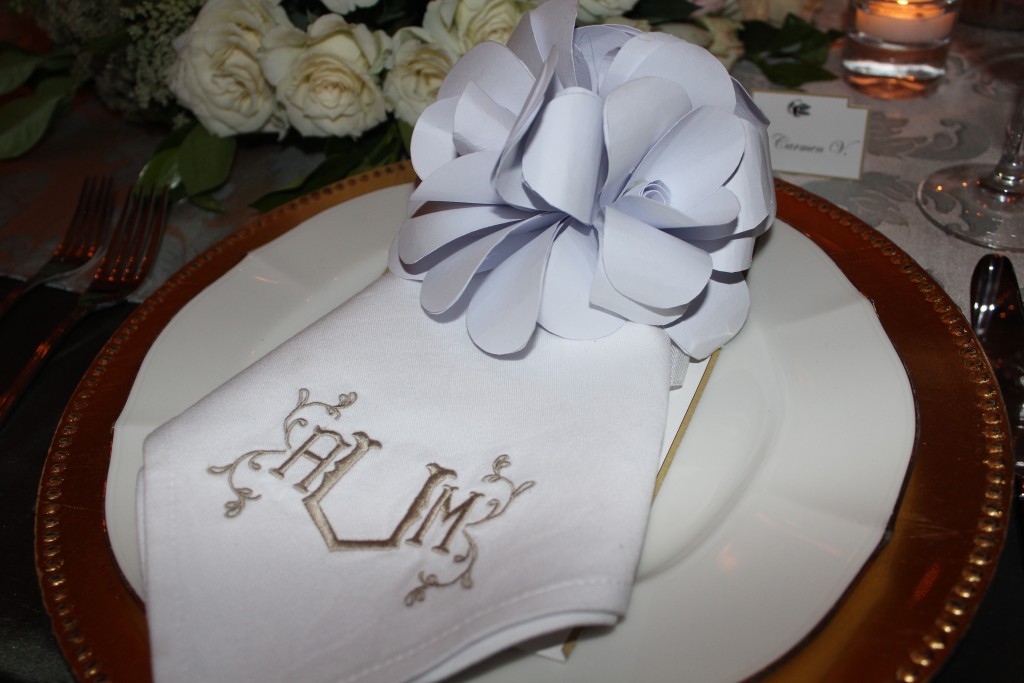 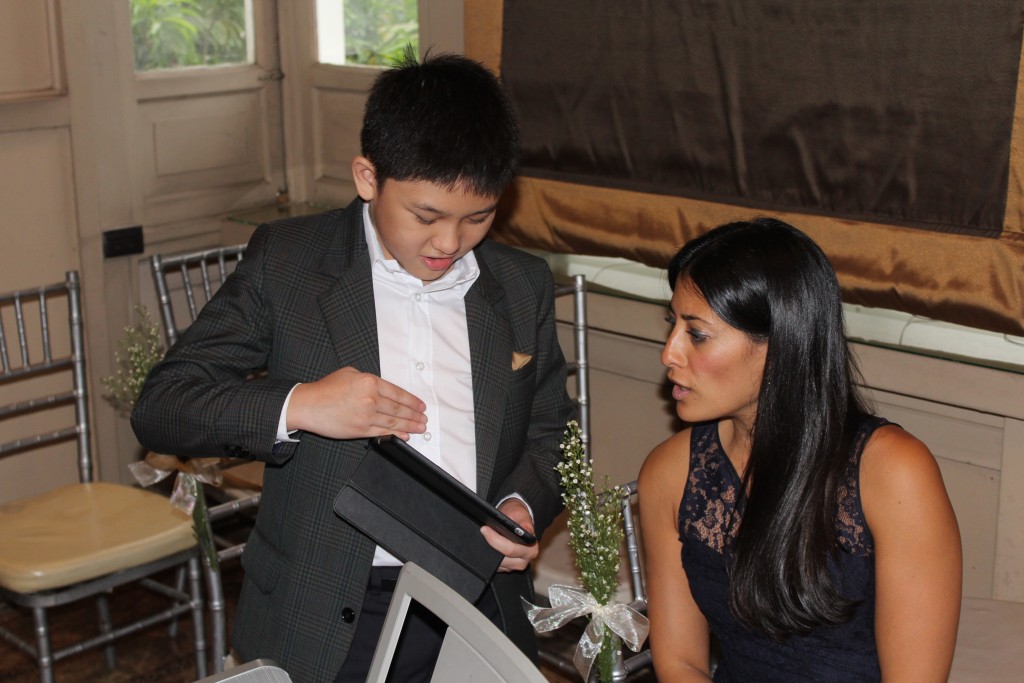 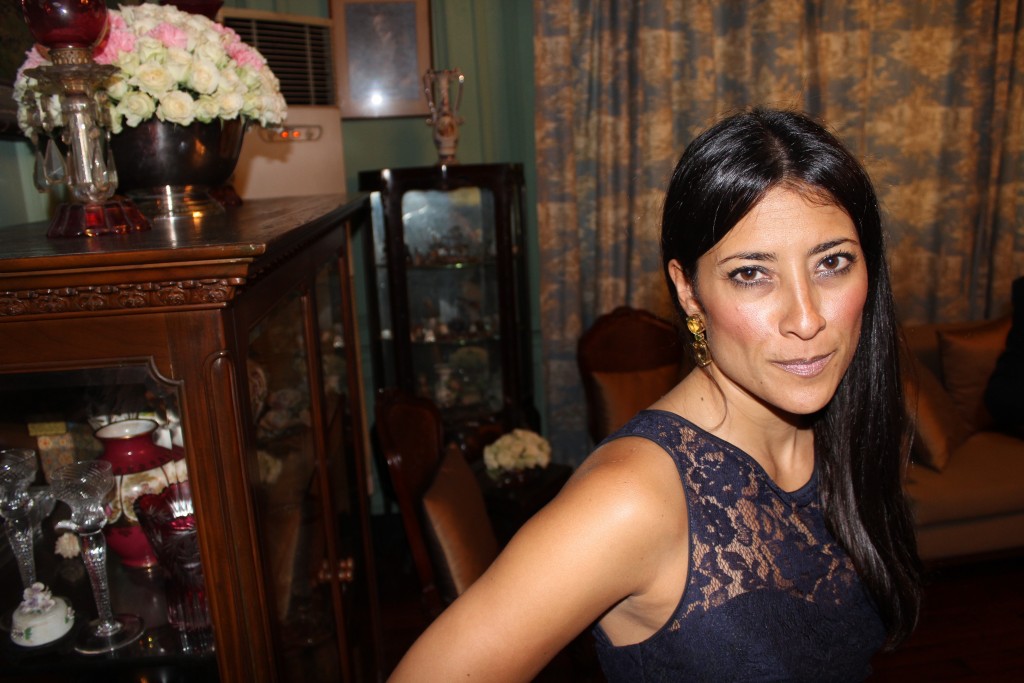 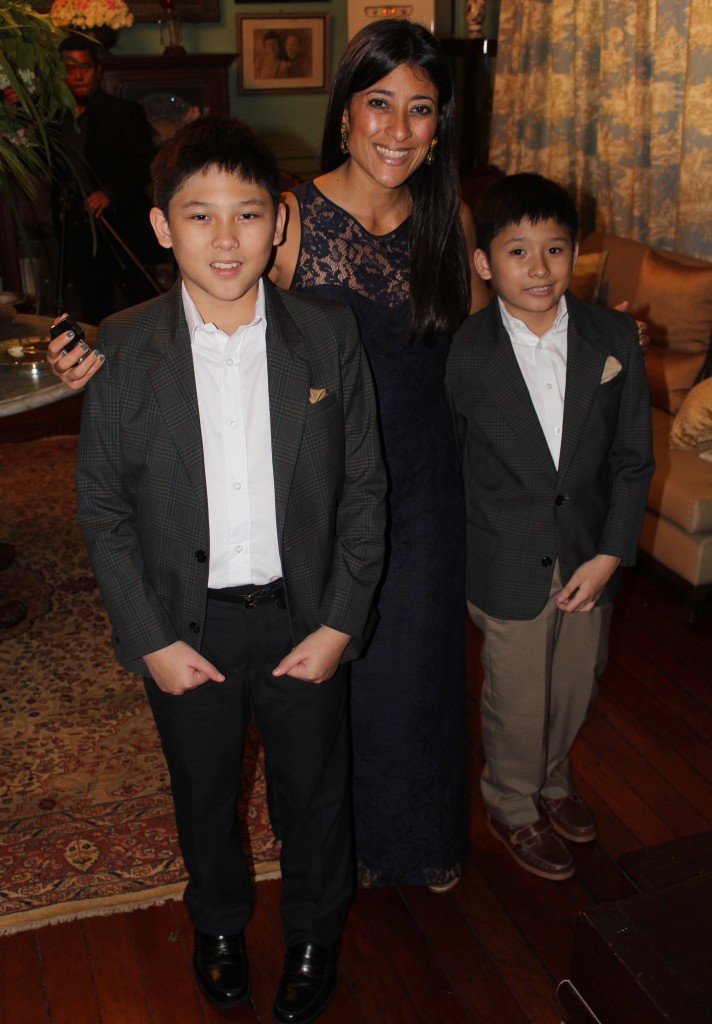 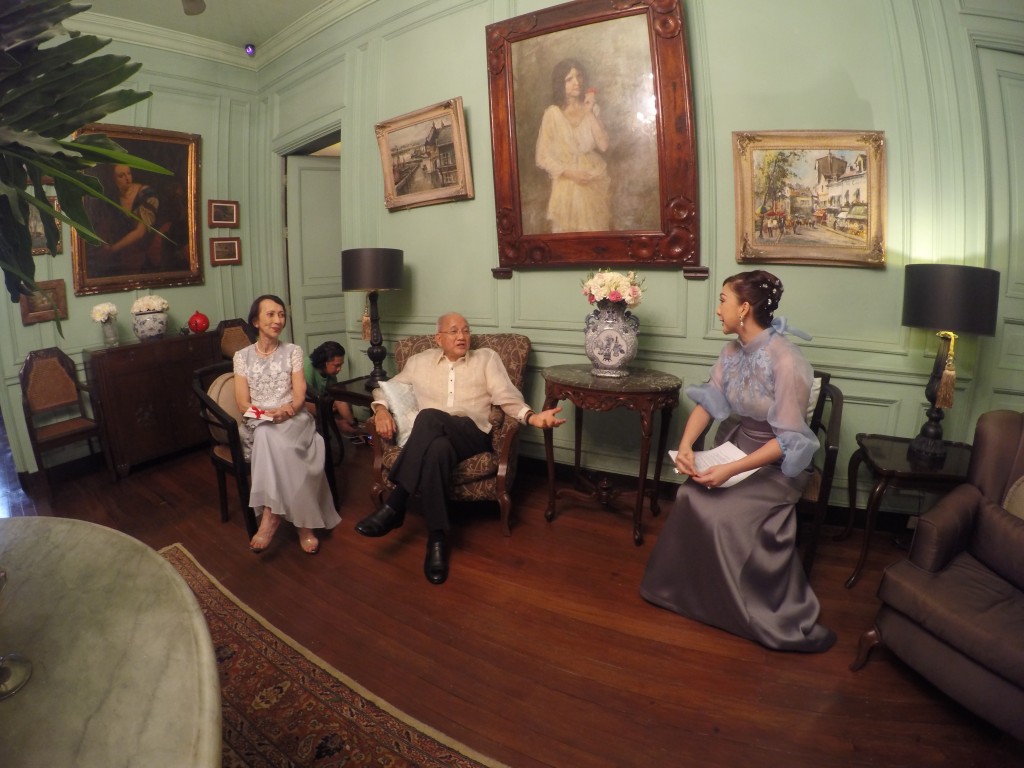 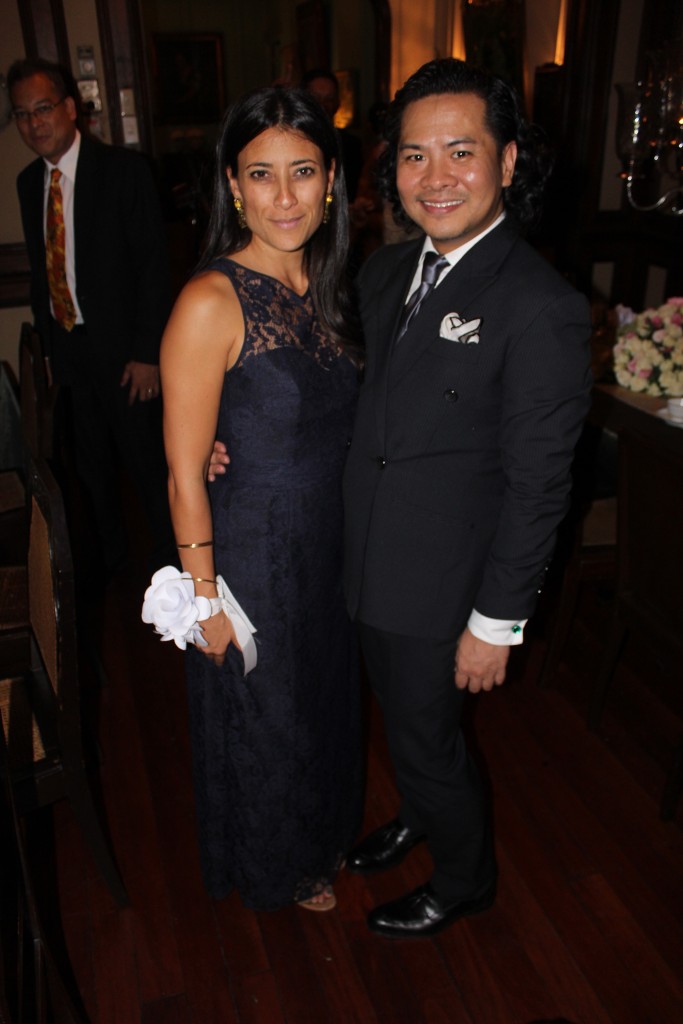 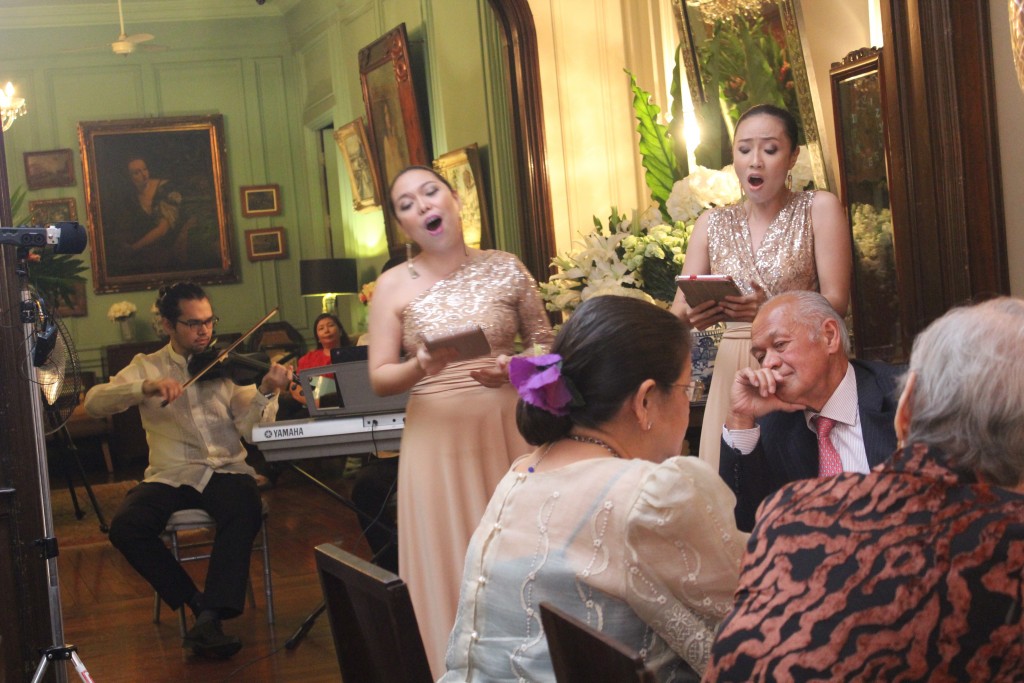 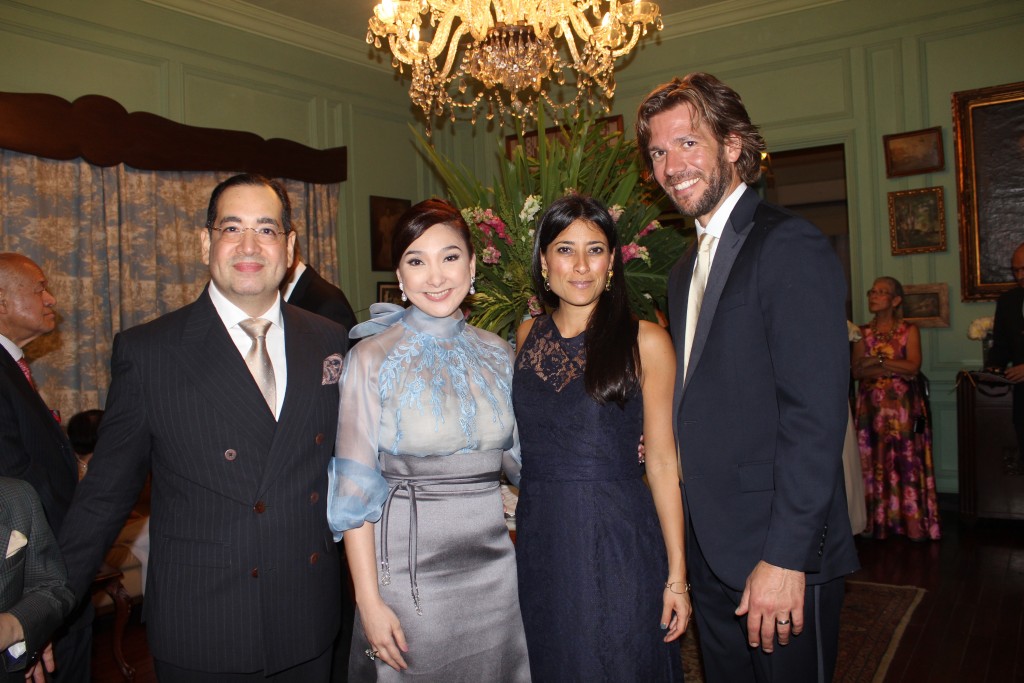